With the grille, radiator and front fenders removed, Steve’s main focus last week was to lift the Diamond T 614D cab off the chassis. 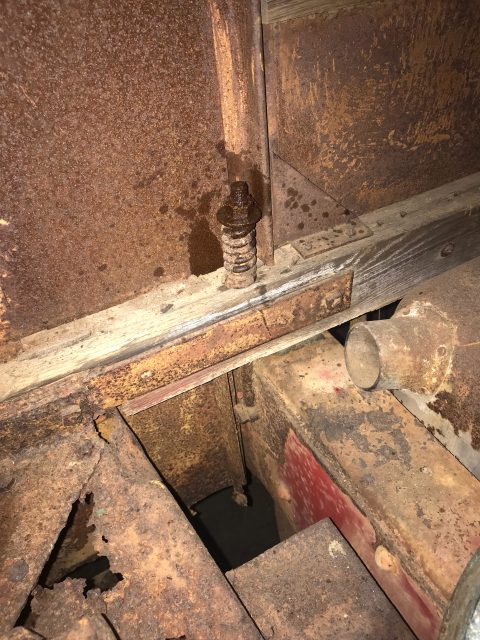 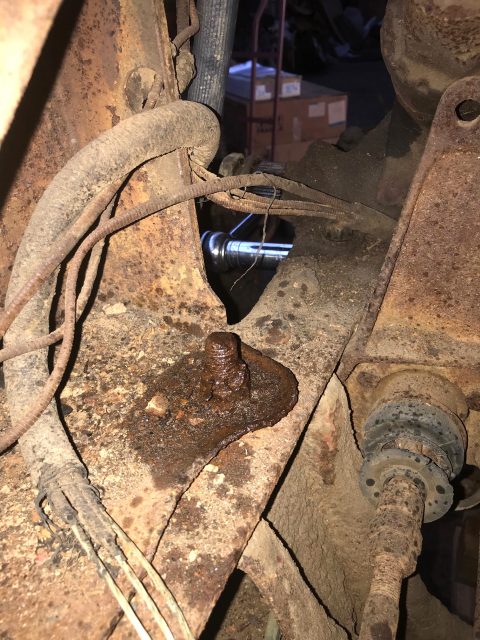 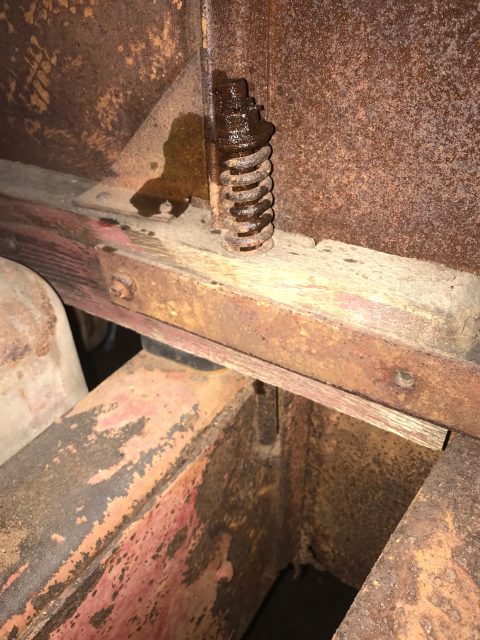 To prepare for the removal, there were six main mounting points that attached the cab to the chassis. 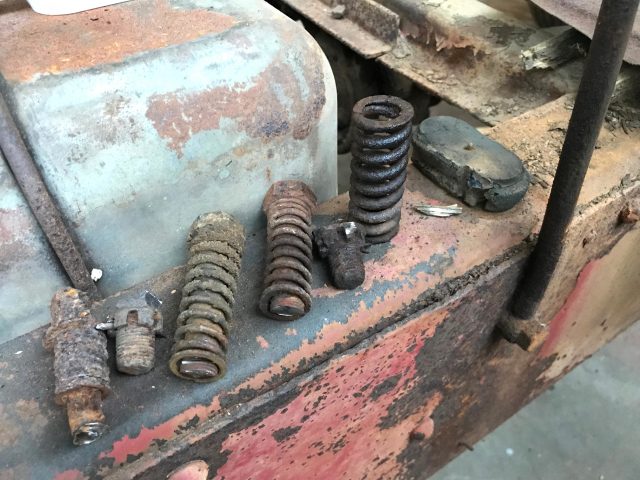 The two at the rear loosened with a little effort but the four forward mounting bolts had to be cut. 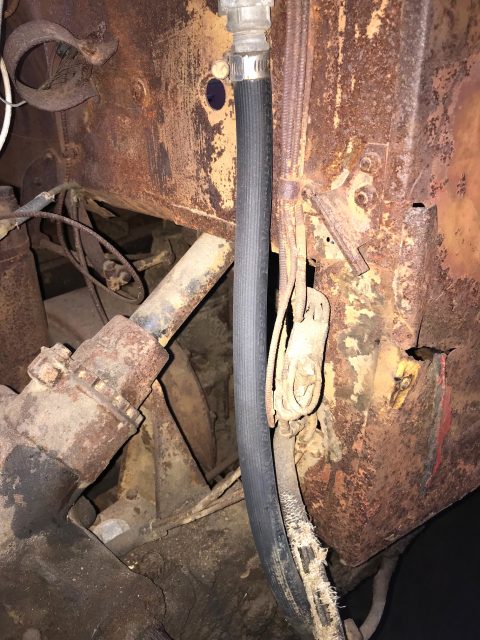 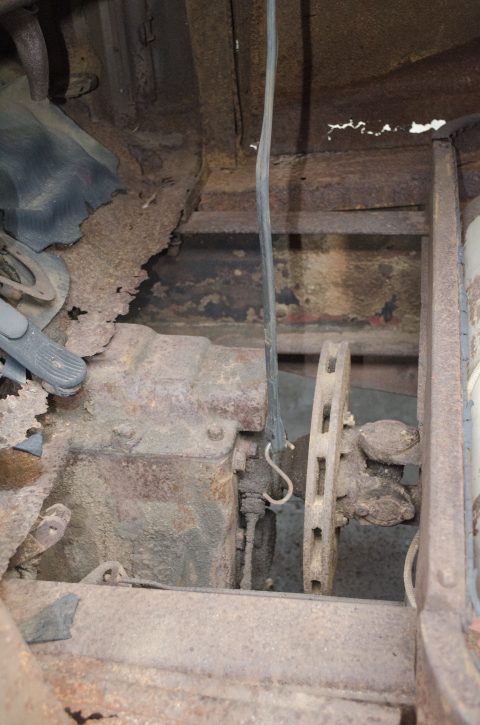 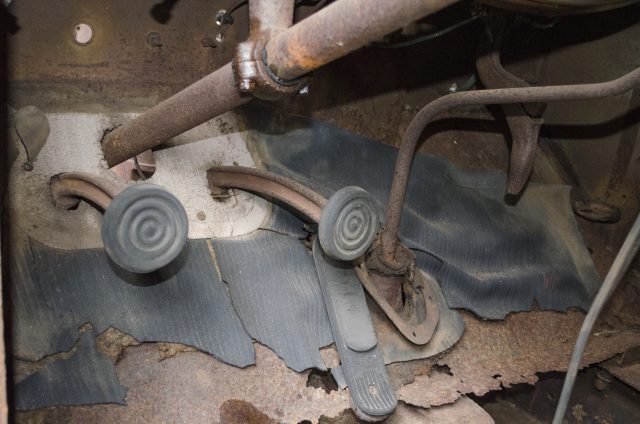 Steve then removed the steering box and column, and what little was left of the foot well area in the cab. With the entire floor out, Steve found extensive deterioration in the lower section of the firewall and A pillar. The condition of the driver’s side was by far the worst side. 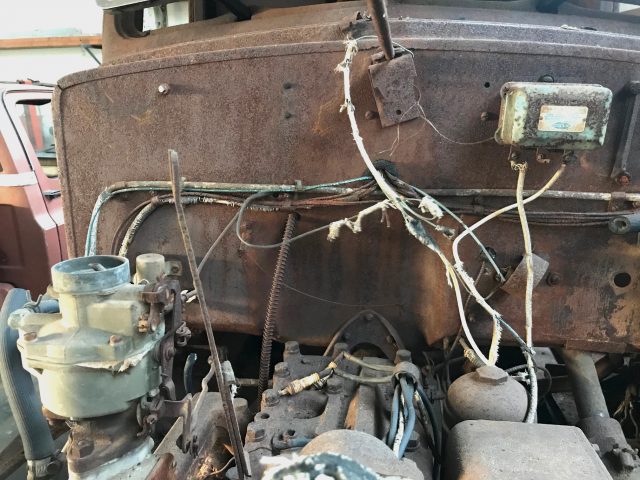 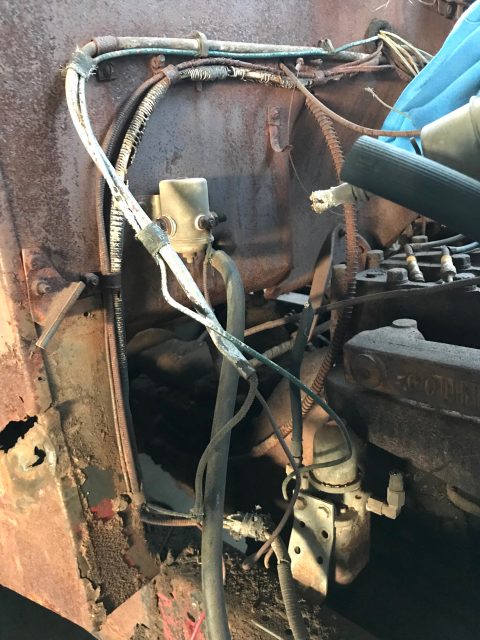 The last part of the process was the disconnection of the wiring to the engine, fuel line, hand brake cable, etc. 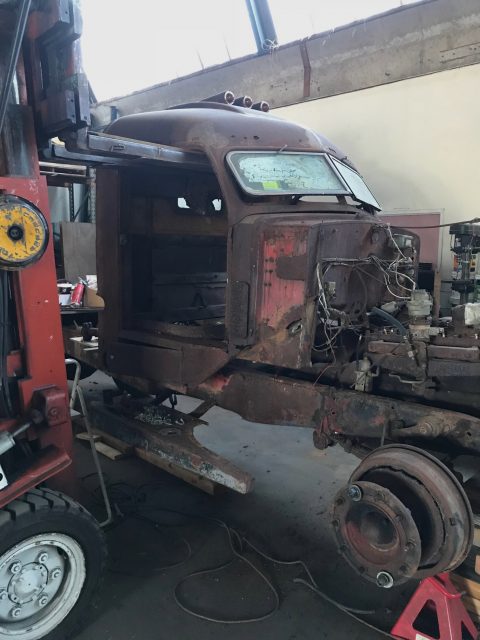 Once ready to lift the cab, Steve placed plywood over the forks of the hoist and then positioned them through the door cavities to protect the fragile bottom edge of the 614D cab. 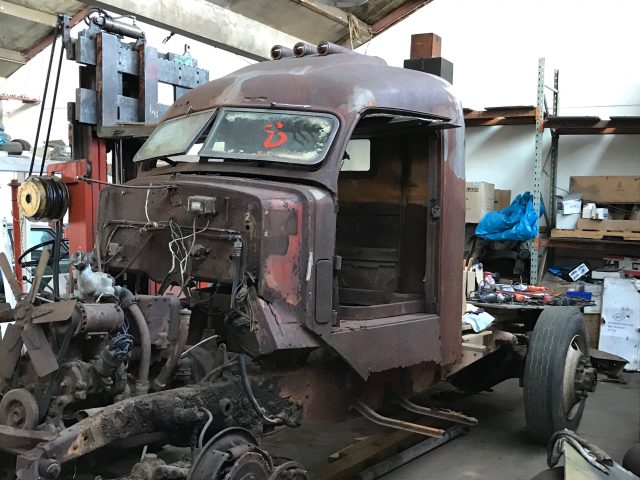 Due to the extensive rust and metal fatigue around the firewall area, there wasn’t enough strength or rigidity in the panels to cross brace the cab prior to lifting. Most of this area will need to be removed and rebuilt, so the cab will have to be realigned at that stage. 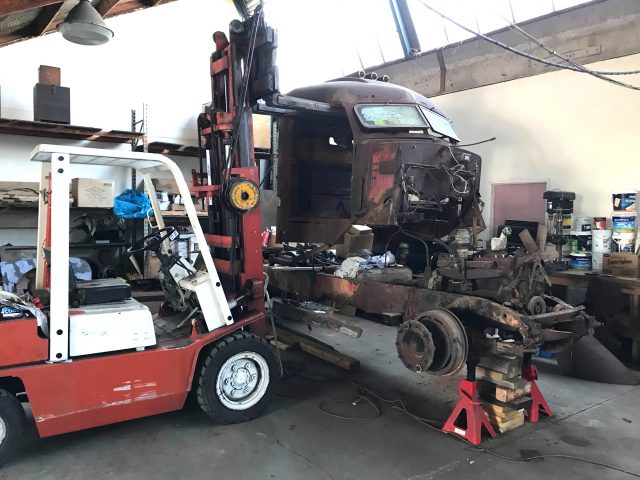 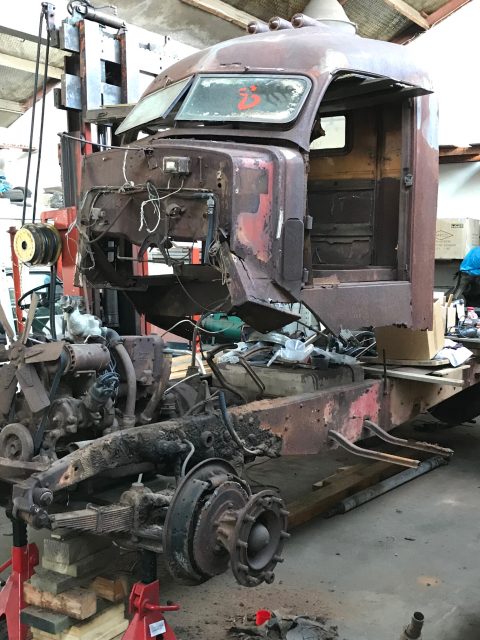 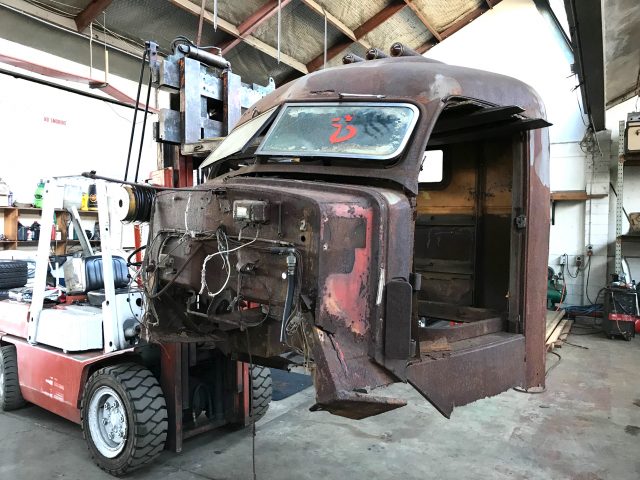 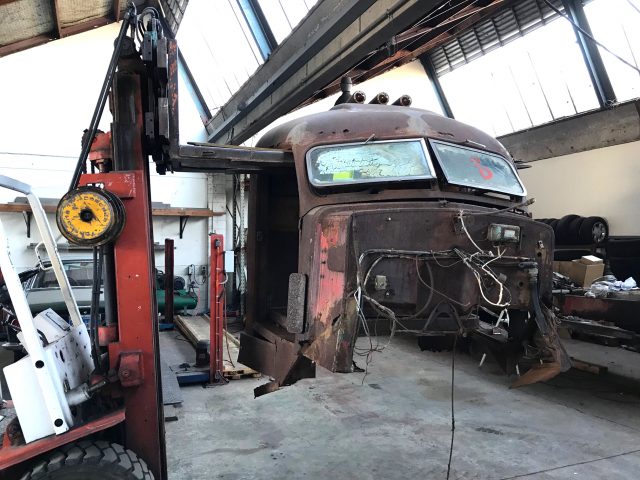 Not surprisingly, as the cab was lifted, the left hand lower section of the cowl / firewall and a piece of the A pillar dropped away. 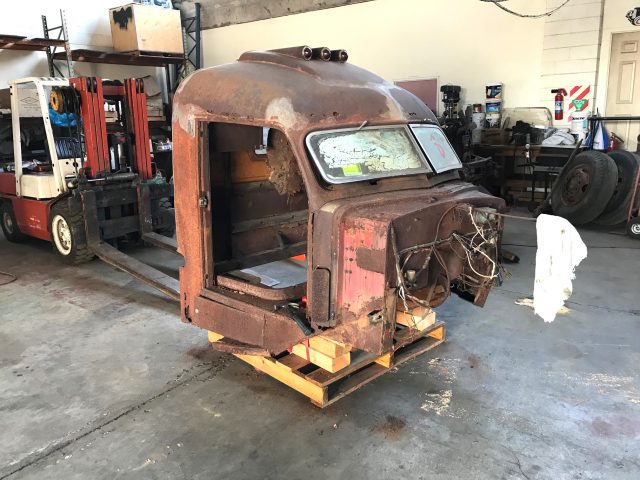 Steve will now work on stripping the cab right out. He is going to make a mobile work platform which will ultimately be used as a jig for when the cab is re-assembled.

So now with the tank body, cab and chassis separated, I asked Steve which of the three pieces he felt was in the worst shape. His answer was immediate – definitely the cab without question!