With the tank body now sitting in the fabrication shop, Steve has turned his attention to the Diamond T 614D cab. After removing the grille and the two front fenders, we have a better view of the heart of the tank truck – the Diamond T Super-Service engine. 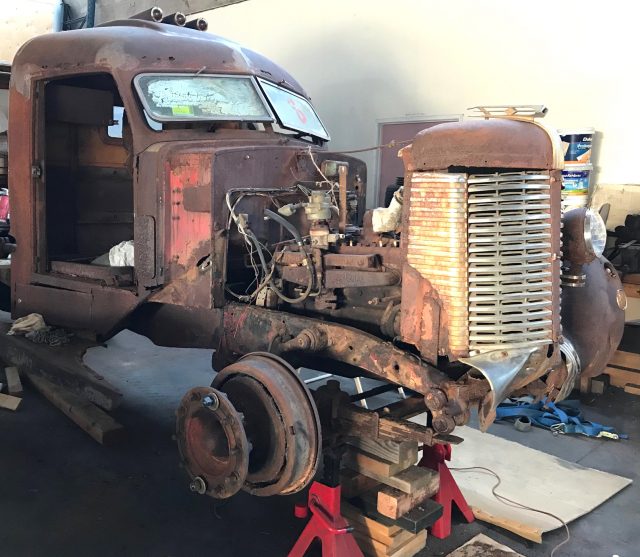 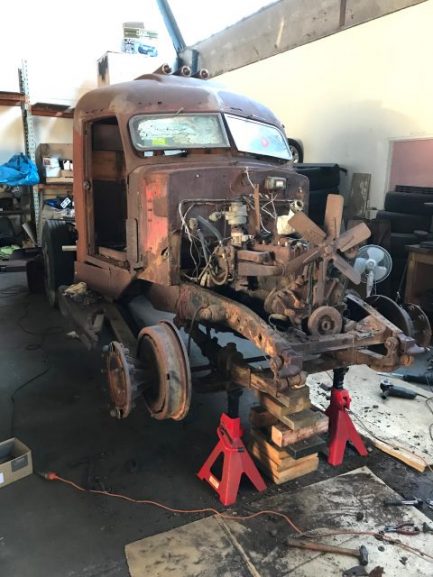 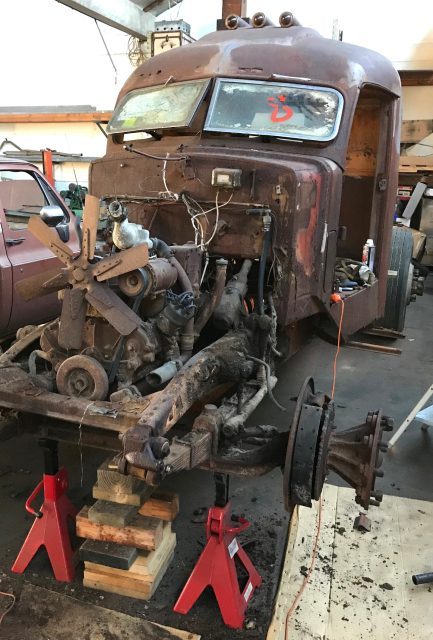 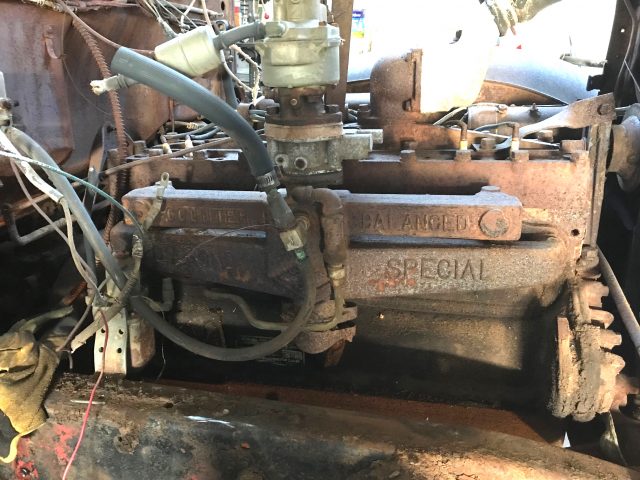 When we purchased the Texaco tank truck back in February this year from Pete & Yvonne Phillips, we were given a file of information that Pete had gathered up. Within the file were some promotional brochures and specification sheets on the Diamond T Heavy Duty Line.

Having never owned a Diamond T before, Steve and I knew nothing about this company. Although we learn something new every day, we are still novices when it comes to the manufacturing history of these great looking trucks.

The literature that we were given was very informative and gave detailed specifications on the Super-Service engine which was a feature of the Diamond T Super-De Luxe models. 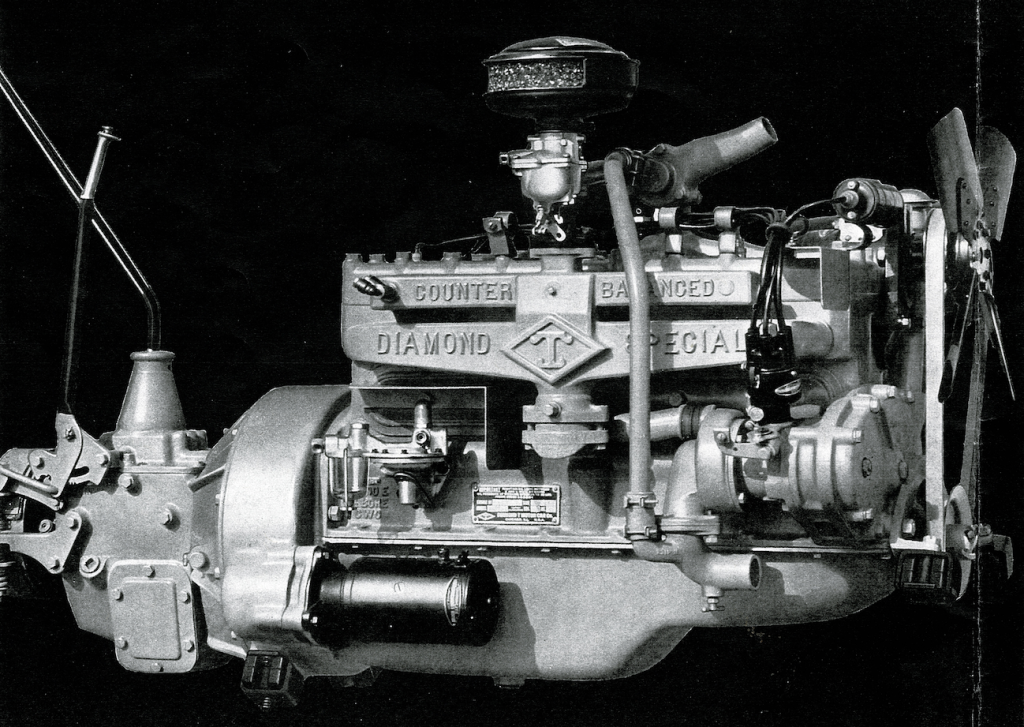 Heavy 2 1/2″ crankshaft has all journals electrically hardened by the Tocco process and is counterbalanced for smoothness and reduced bearing loads. Main and connecting rod bearings are all of the precision type and of high strength, heat-resisting cadmium nickel alloy.

Water jackets extend the full length of cylinders and surround the exhaust valves, providing ample cooling capacity for continuous high speed performance at full load. Camshaft and water pump are driven by wide-face front end gears, carried in extra large bearings. No chains and no belt, except for fan and generator. Water pump is unusually large and removable for servicing without affecting the rest of the engine.” 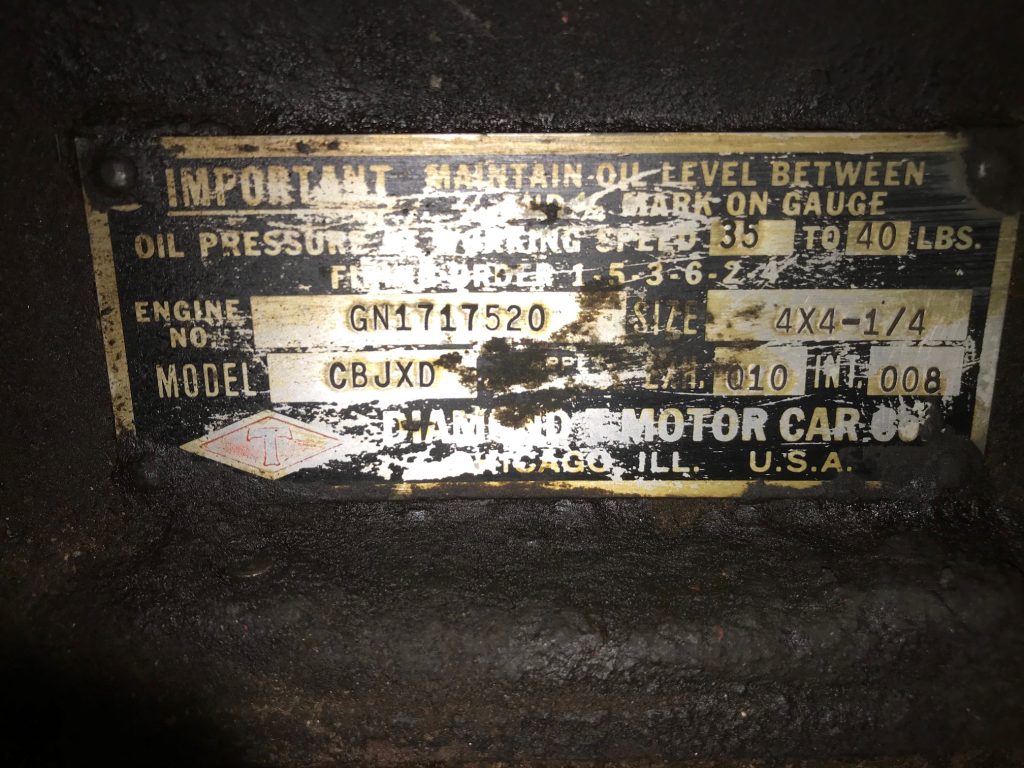 But despite the wording “Diamond T Special” cast in the manifold, and the data plate affixed to the engine that reads “Diamond T Motor Car Co”, the actual manufacturer of this engine was the Hercules Motors Corporation.

The Hercules engineers used to work alongside engineering staff of its manufacturing customers to develop new engine applications. But nowhere in any of the specifications or promotional material is the Hercules Motors Corporation mentioned. I am unsure why the collaboration between Diamond T and Hercules was not openly advertised at the time or why the engine itself had no reference to being produced by Hercules. It was possibly standard practice at that time to brand the engines in the name of the manufacturing customer instead.

So, because they were a contributing manufacturer on the Texaco tank truck, I turned my attention to the Hercules Motors Corporation to find out more about the origins of the Diamond T Super-Service engine.

There was a demand at the time for high-speed, lightweight gasoline engines for the rapidly expanding transportation industry. The Hercules engines were dependable, and the Company was able to design them to fit any application.

When manufacturing customers recognised the need for engines of similar weight and performance that could be run on diesel instead, Hercules designed and produced a line of high-speed, lightweight diesel engines in 1931.

To meet demands during World War II, Hercules expanded the plant to 600,000 square feet and increased production to a staggering 18,000 engines per month. By the end of the Second World War, Hercules had supplied approximately 750,000 engines for a wide variety of military equipment to the U.S. and Allied armed forces. The range of military transport in which the engines were used included trucks, tanks, armoured cars, scout cars, tank transporters, landing craft, picket boats, jeeps, amphibious tractors, rescue craft, as well as war-related equipment. Collectively, these wartime engines represented 65 million horsepower!

The Company changed hands several times over the next 5 decades. It was purchased by Hupp Corporation in 1961, which was then taken over by White Motor in 1969. The plant operated as White Engine Division until the engine division was sold in 1976 as a separate entity. It operated as White Engines, Inc. until 1987 when Donald C. Stewart acquired the Company and reinstated the name of Hercules Engines, Inc.

While in business, Hercules expanded its product lines and was an engine source for more than 500 manufacturing concerns in the U.S. and many foreign countries.

Sadly, the Company closed its doors and ceased operations in 1999. 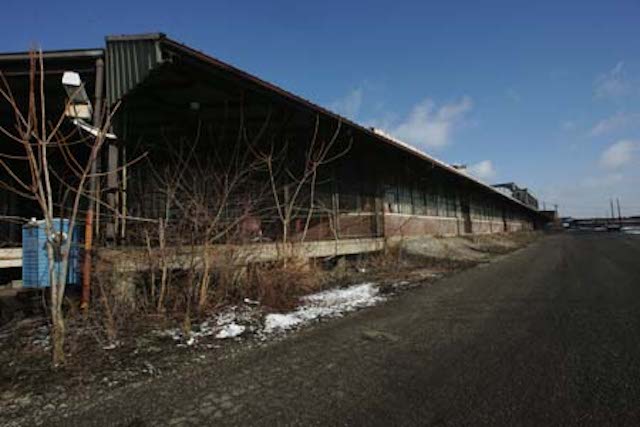 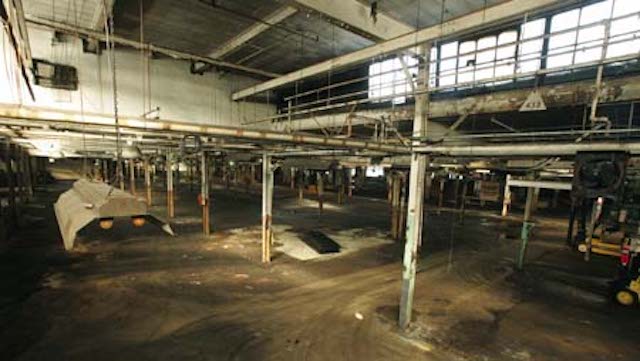 I came across these photos of the site in an article published in 2008 in the Akron Beacon Journal headed “Overhaul at Canton Plant”.  The images are reminiscent of the many abandoned automotive manufacturing plants in Detroit. 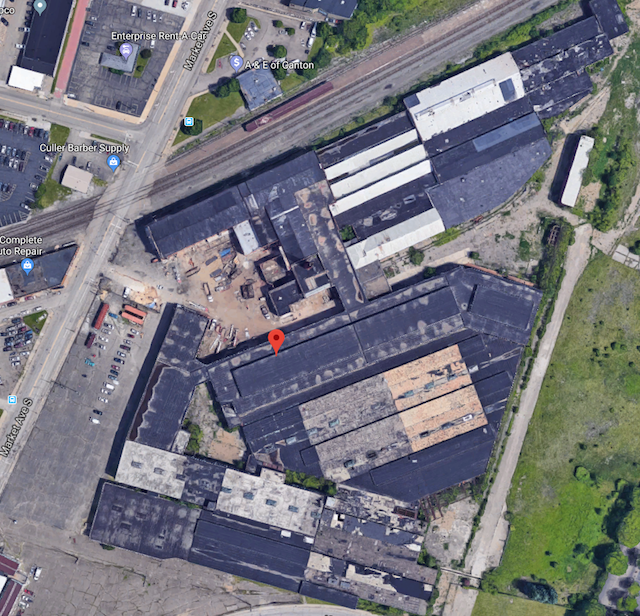 But after further research, I found that the Hercules site was added to the National Register of Historic Places with 35 contributing buildings. After years of considering different options for the site, a redevelopment plan was put in place to retain and convert the industrial space into apartments. Construction began in 2016 and the grand opening of the first phase of the Hercules Apartment Complex took place just last month. The developers have had to adhere to guidelines put in place by the National Park Service and the State Historic Preservation Office. In doing so, the heritage and character of this historic site will be preserved, along with the memory of the Hercules Motor Corporation that manufactured the Diamond T engine all those years ago.