Restoration on the tank has begun – Update # 1

Since taking delivery of the tanker, Steve had been continually applying penetrant to all the seized fastenings. He was about to unbolt and remove the tank.

Most of the fastenings appeared to have never been removed or unbolted over the eighty years so there was some doubt as to whether any would loosen up. Although the penetrant didn’t help with everything, Steve managed to undo the U-bolts holding the tank body to the chassis with relative ease.

Everything connecting the tank body was unbolted or cut, and the wiring and fuel filler pipe for the truck itself was disconnected. Steve then bolted lifting chains through the fuel compartment lid flanges on the roof of the tank in preparation for removing it. 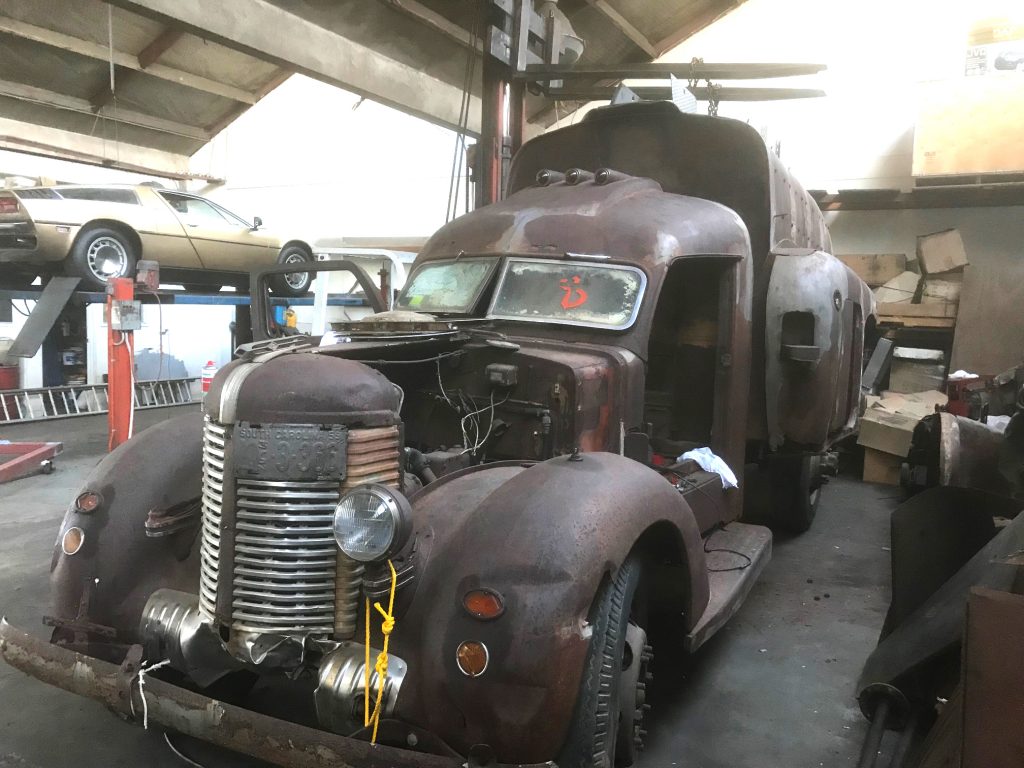 Houston, we have lift off!

With Tom Andrew’s help, the tank was carefully lifted off the chassis. The hoist was definitely put to the test with the dead weight of the body. 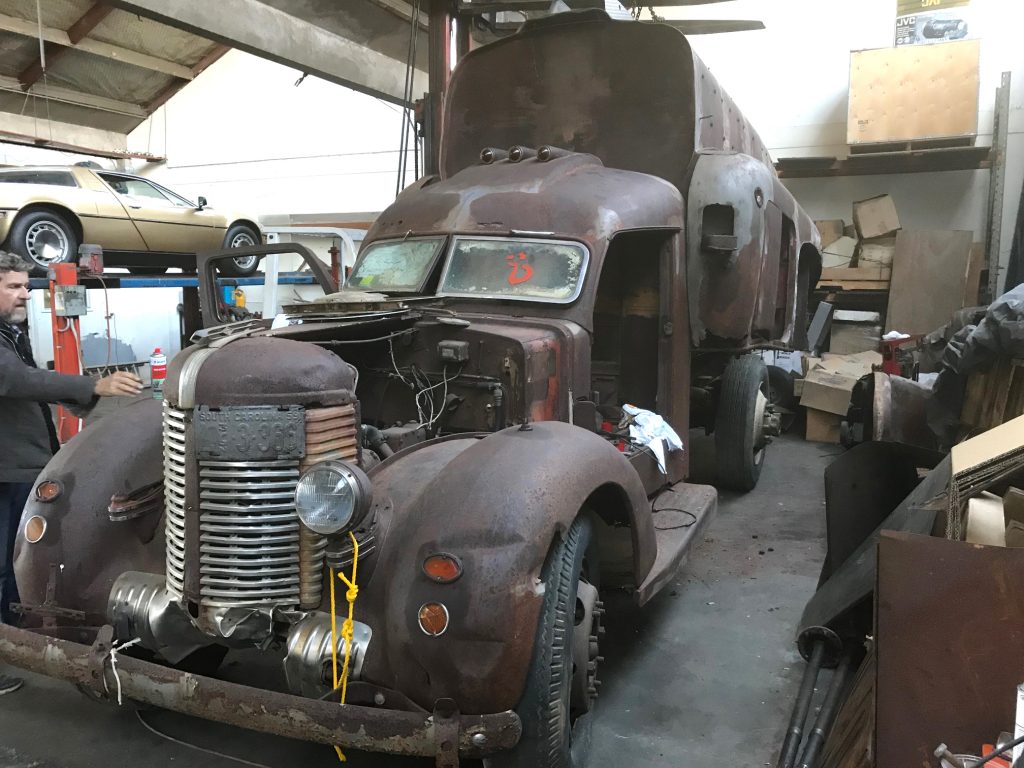 Raising the tank higher revealed the original timber packers which were placed between the tank and the chassis. These have survived eight decades and are in relatively good condition. 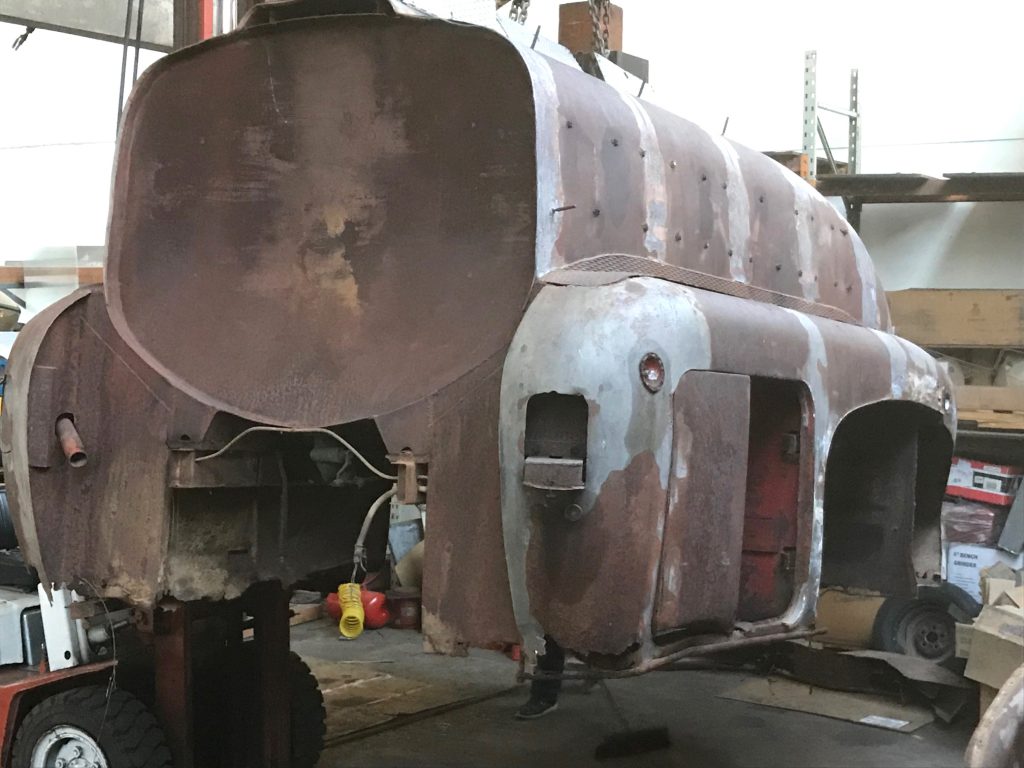 The truck chassis was rolled forward out of the way while the body was still suspended on chains. The end of the tank body that is normally butted up against the back of the cab is now visible, and the deterioration along the bottom edge of the body is more evident. 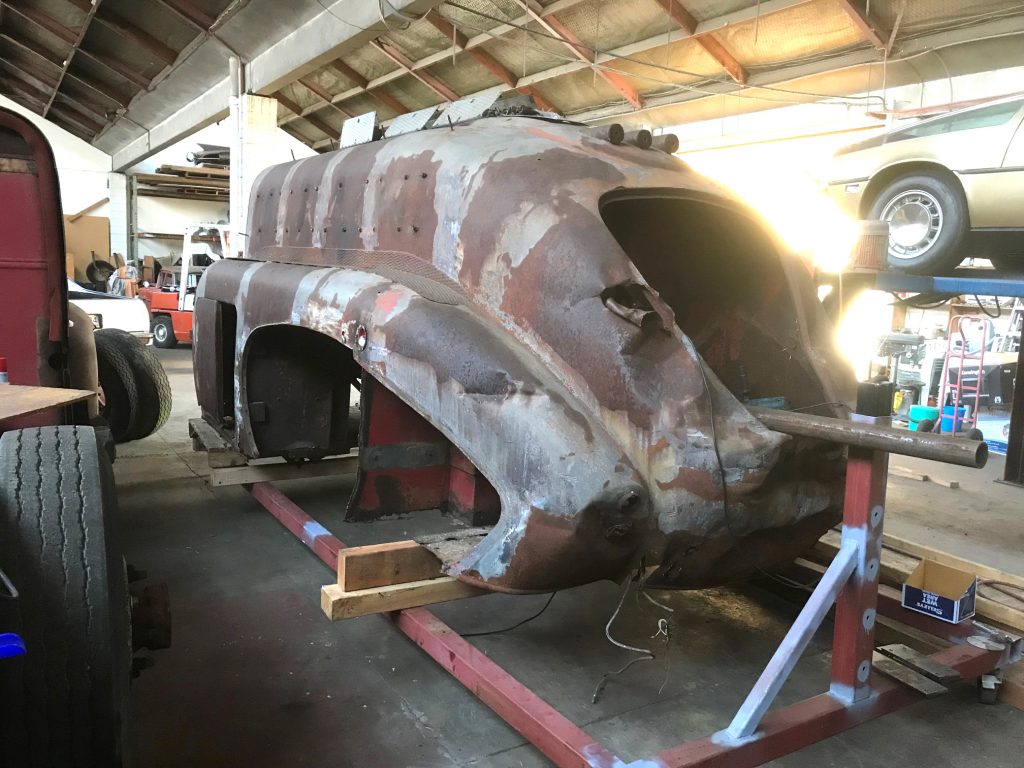 Tom has been helping Steve design and start construction on a full rotisserie for the tank body. Steel brackets have been welded to the cab end of the tank in readiness for mounting it on the purpose built stand / carrier. In the meantime, the tank is temporarily supported on lengths of wood until work on the rotisserie is completed. Three of the four hatch doors that sit above each fuel compartment are open and visible across the top of the body.

Our thanks to Tom for all his help with removing the tank.  It is great to have the project finally under way.

Diamond in the rough – the lucky survivor