In preparation for the Heil tanker to be sandblasted, Steve had to remove the pipework, the Wheaton emergency valves and all of the associated Wheaton equipment.

He was successful in undoing 90 percent of the bolts with the remaining 10 percent either breaking or having to be cut off. The only piece of equipment that caused an issue for Steve when stripping the body out, was an emergency release mechanism in which a brass shaft had seized up inside the steel housing. Because the shaft went through the body work, he was unable to remove the unit from the tanker. The shaft had to be cut behind the release handle, but will be repairable.

So the plan, when designing the rotisserie, had been to construct it in such a way that it would be able to be transported with the Heil tanker on it to other workshops. It was put to the test when the body was ready to be taken to the sandblaster. 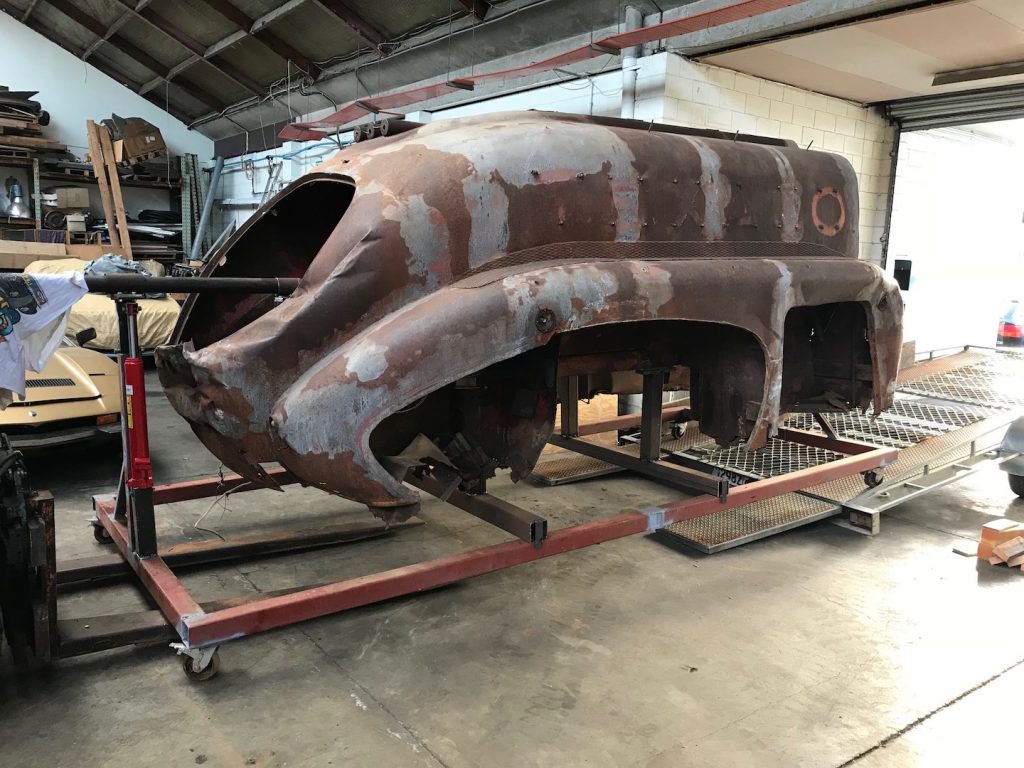 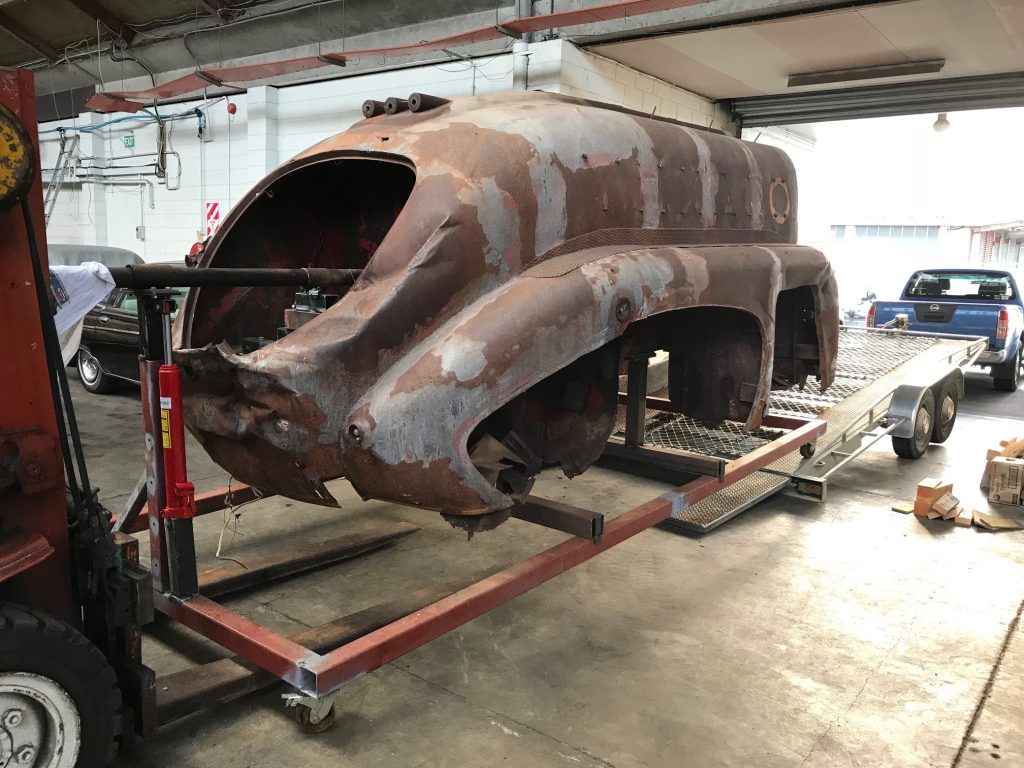 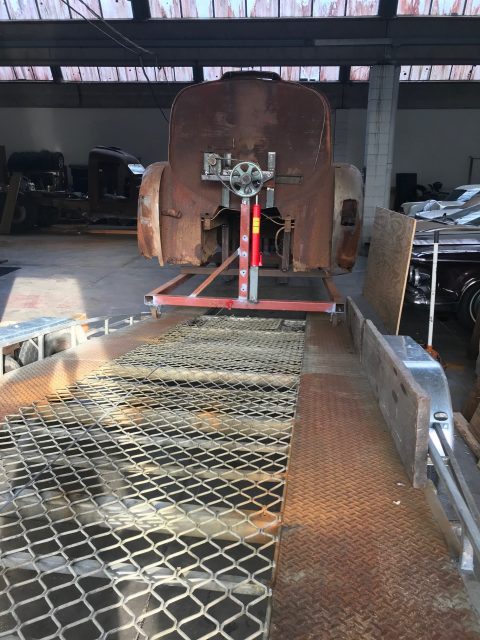 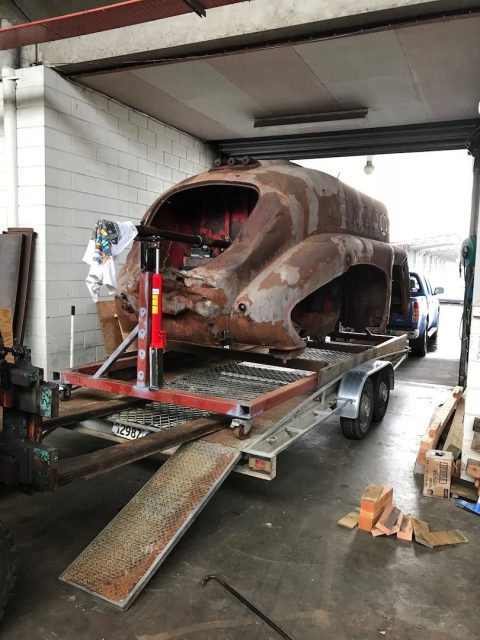 Using the winch and the forklift, Steve carefully guided the rotisserie up on to the trailer. This was a slow and precise exercise given the width of the rotisserie and the height at which the tanker was sitting.

Prior to delivering the Heil tanker to the sandblaster in Hamilton, Steve first towed the trailer 9 kilometres to our home. This gave him an opportunity to check the stability of the rotisserie and the weight distribution over the trailer. All went well. 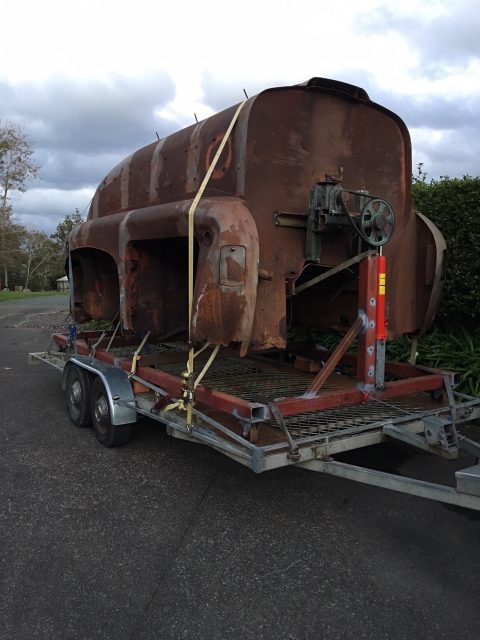 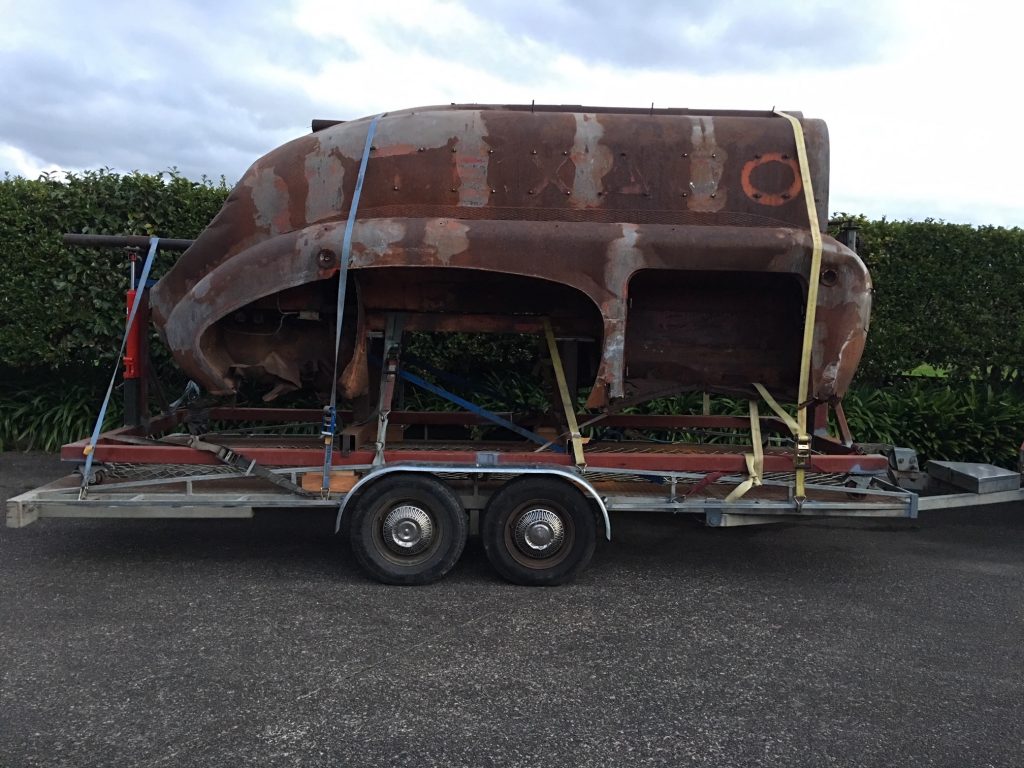 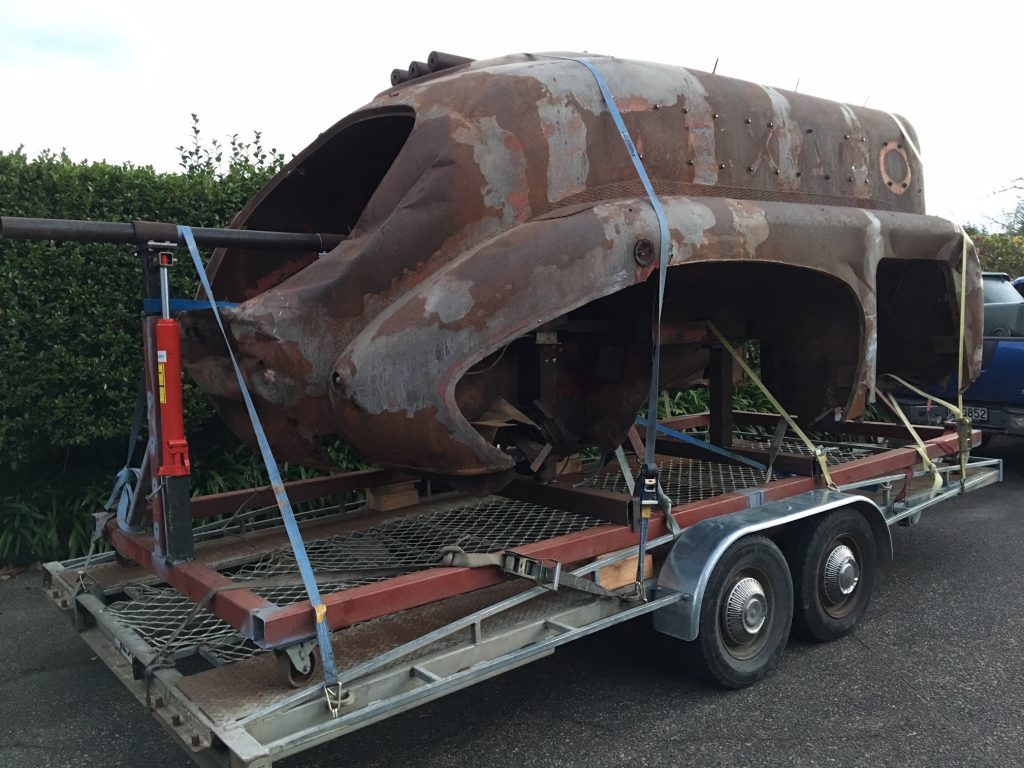 The Heil tanker at home, well secured on the trailer, in readiness for the 100 kilometre journey the following day.

Steve headed off the next morning and delivered the trailer to Tom Andrews at the Classics Museum in Hamilton. Due to prior commitments in Wellington, Steve was unable to stay while the tanker body was being sandblasted. So the following day, Tom towed the trailer to River Road Blast & Paint in Horotiu. River Road is well set up for, and specialises in, blasting large vehicles and equipment. So Tom literally backed the trailer in to the booth and left the rotisserie, with the tanker attached, on it while it was blasted. 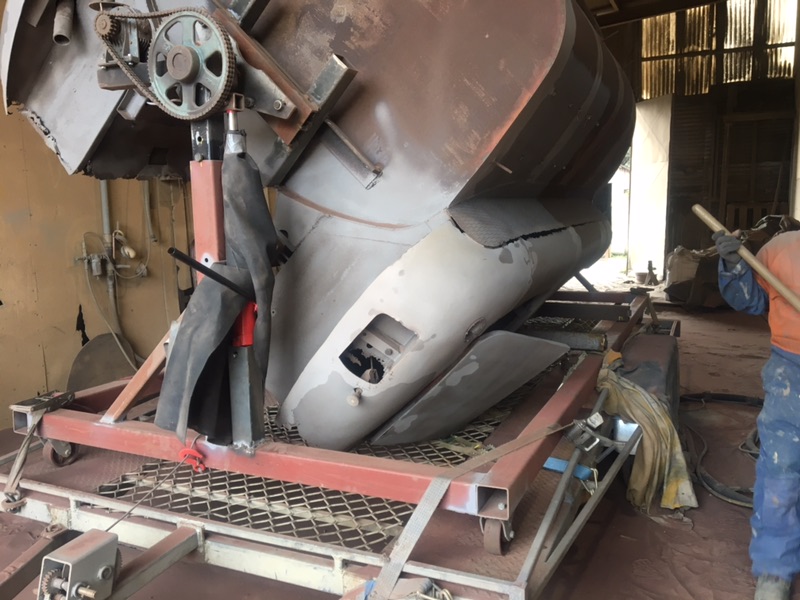 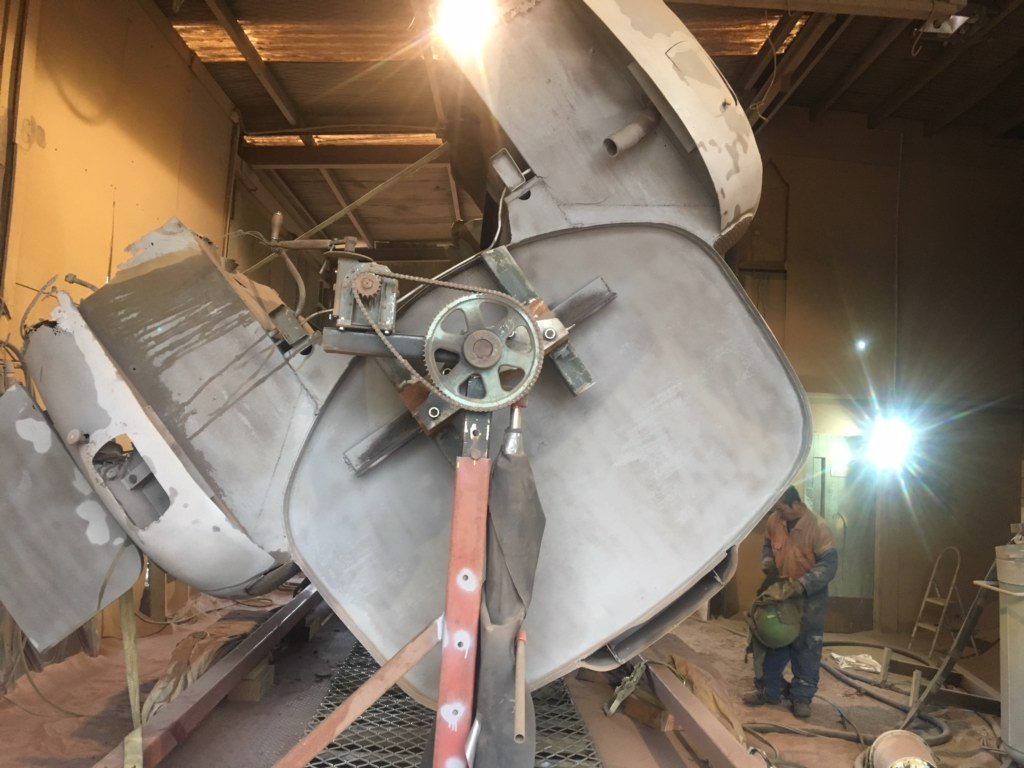 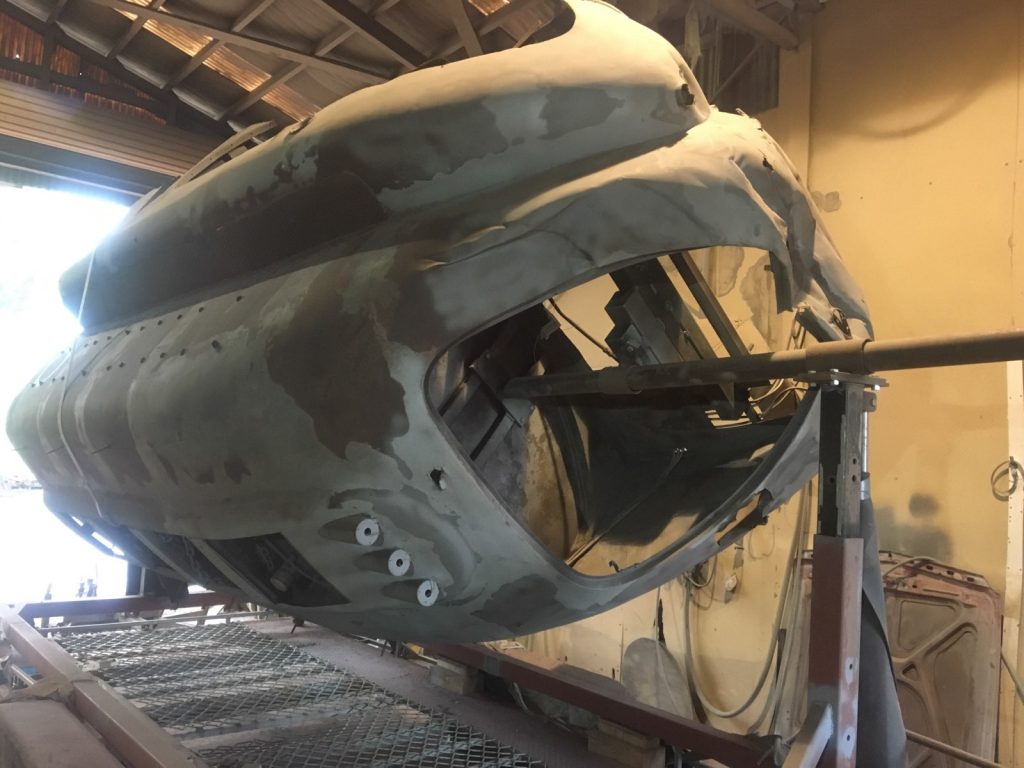 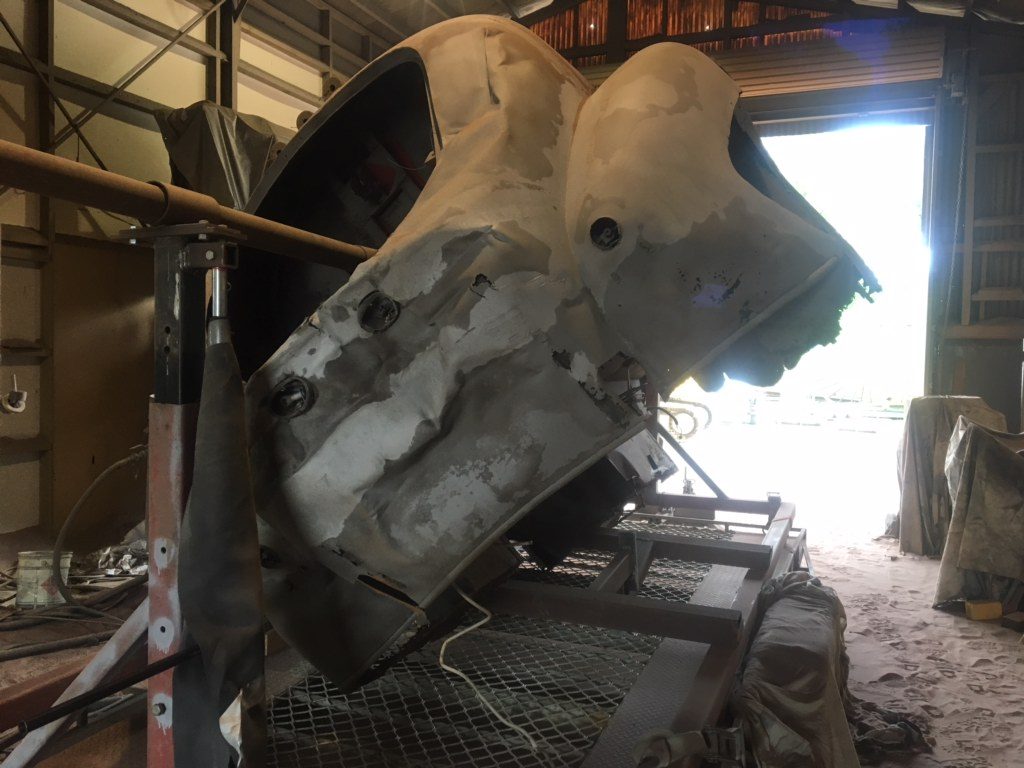 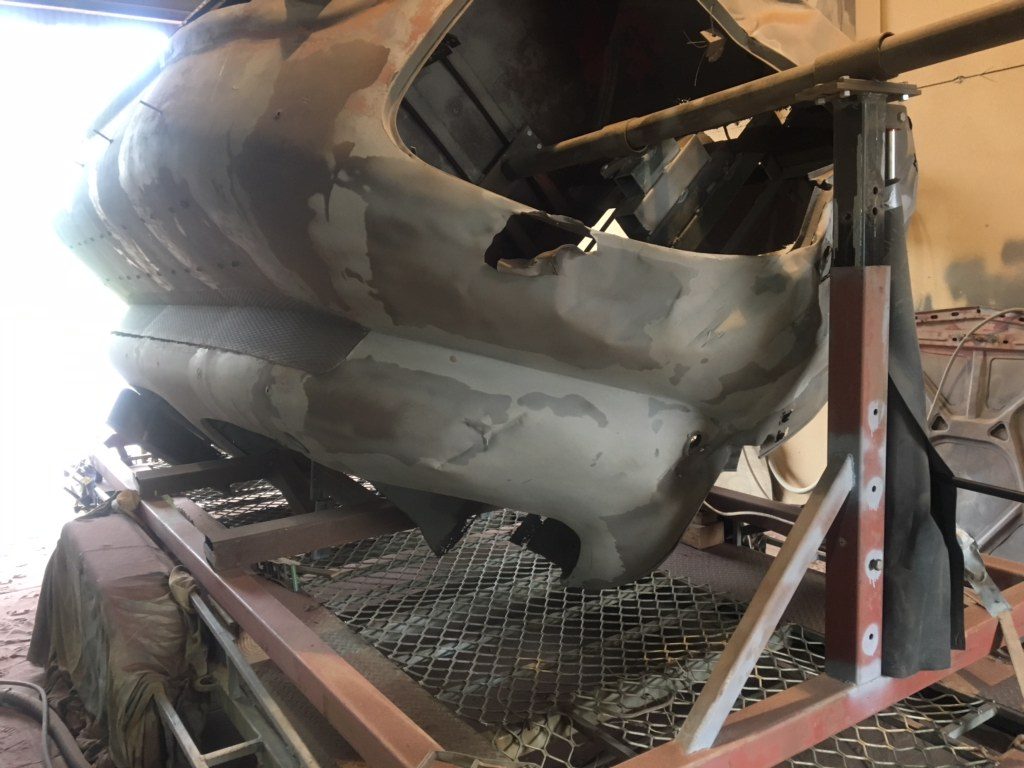 As the blasting was done along the body, the Heil tanker was rotated on the rotisserie as needed. All of the body work, including inside the tank compartments, side lockers and trunk, was blasted and taken back to bare metal. 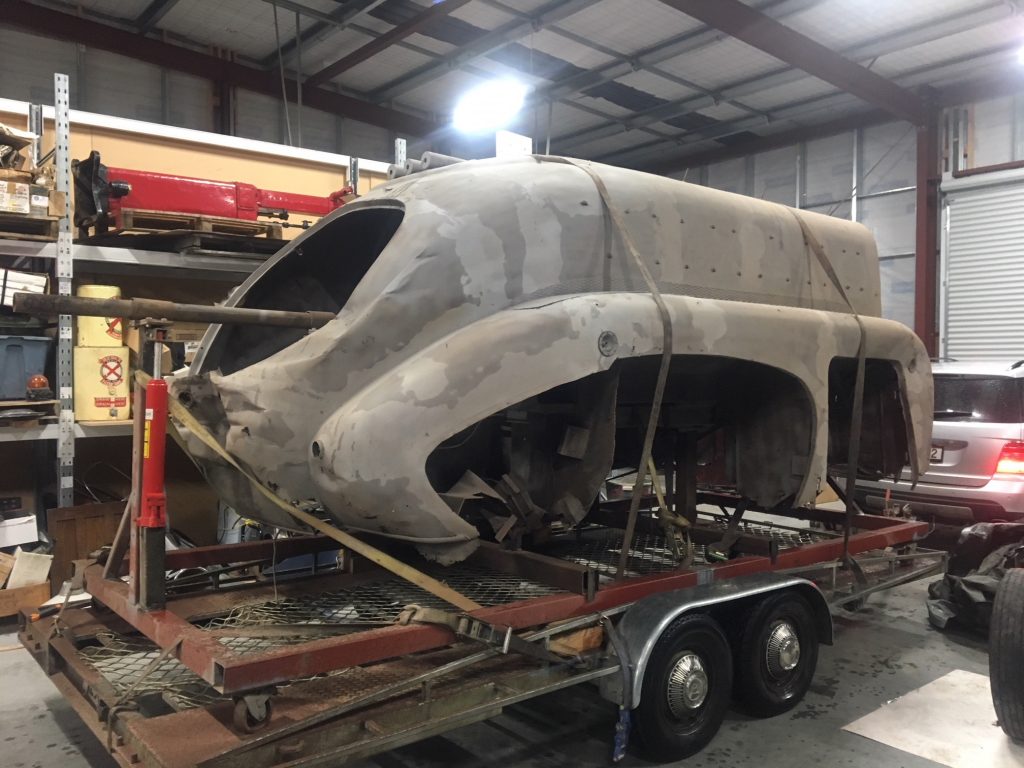 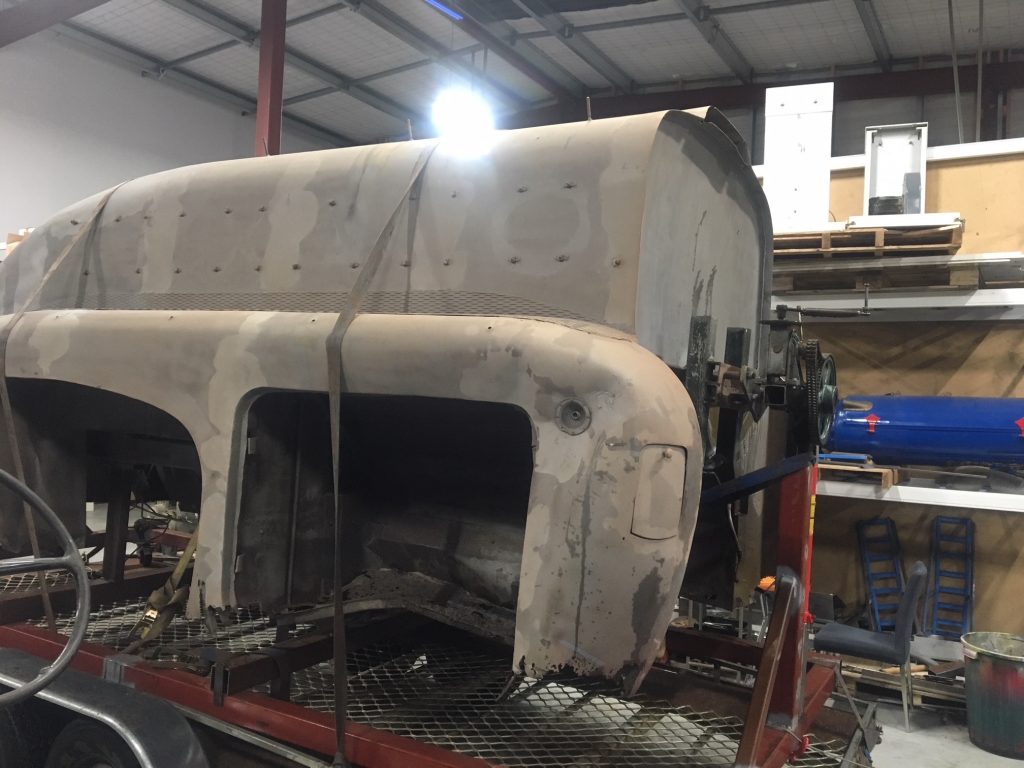 What became evident once the tank was blasted, was the amount of lead that has been used on the tanker. It covers the joins and welds and is a noticeably lighter colour than the steel. 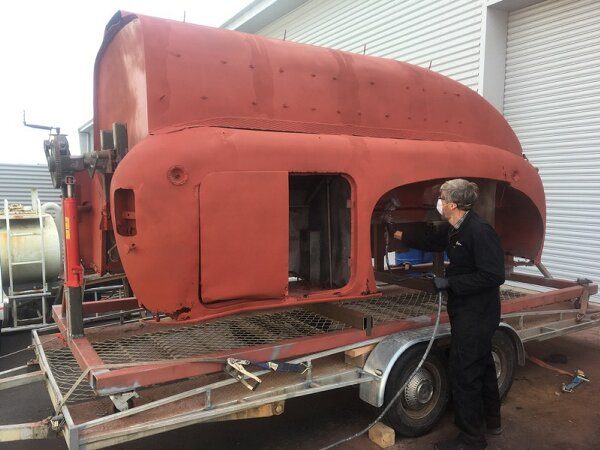 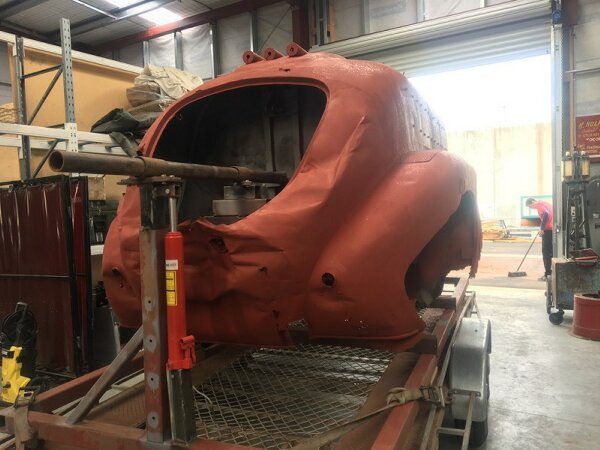 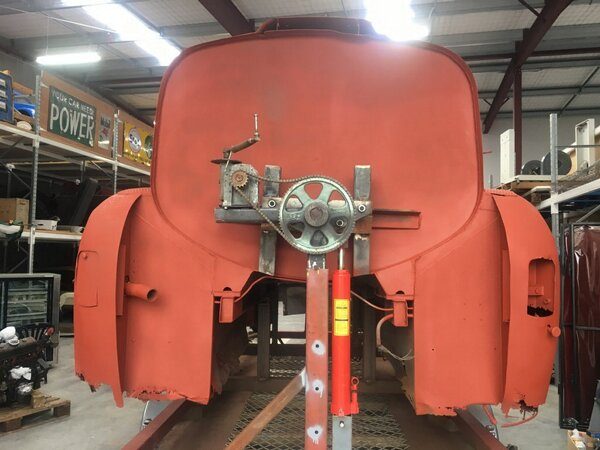 Steve had discussed with Simon Tippins prior to the blasting, the best suited product to apply to the bare steel surface. He wanted to ensure that whatever was used wouldn’t affect the areas that will need to be welded when repairs begin.

So Tom towed the tanker back to his workshop and then sprayed it with a red etch primer to seal the freshly exposed steel. Steve purchased the product called AE12 from Protective Paints Ltd in East Tamaki.

We can’t begin to find the words to express our thanks and appreciation to Tom for stepping in and helping as he did with the blasting and sealing of the body. Also for capturing the process by taking these photos. He shows the same enthusiasm and positivity on this project as he does with all of his own.

A note about following the blog

We have found that a few people who are following the blog haven’t realised that they can enter their name and email address on the right hand side of any of the posts. By doing this, subscribers will receive an email notification each time an update is published. Alternatively, email details can be sent to us on the contact page and we can subscribe on behalf.