The dash centre panel has been beautifully restored in Christchurch by Dylan Orpwood. Steve has had the water pump, gas tank and gearbox reconditioned – all are now back in the Diamond T.

Steve has known Harry Orpwood through hot rodding for many, many years. When we were searching for someone to restore the dash panels, Dylan Orpwood’s name came up (Harry’s son). Dylan is part of the team at Auto Restorations in Christchurch and was recommended to us as someone who could help with this part of the restoration. 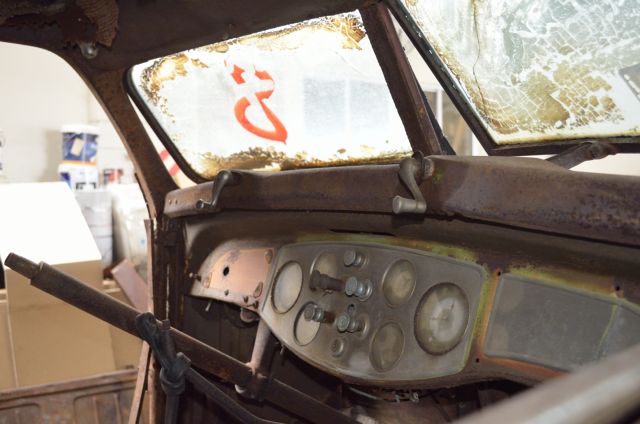 There was a very faint trace of the original machine turned finish on the surface of the dash panels. This technique is also known as jewelling or engine turning. The challenge for Dylan was the rolled border and the inability to machine right into the edges and corners. So the solution was that Dylan would machine turn an insert to sit inside the centre panel to recreate the original finish. 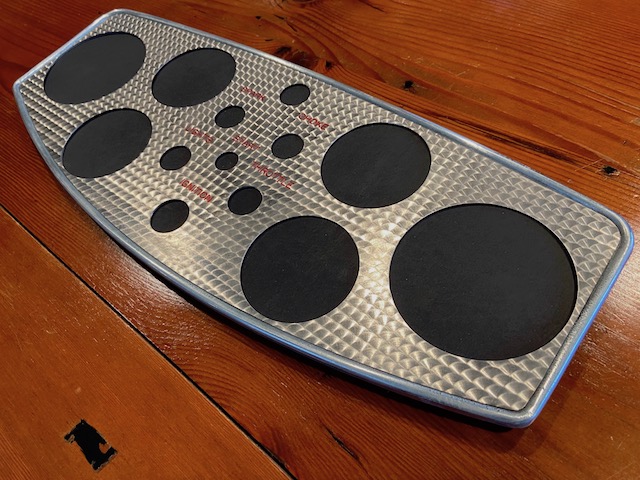 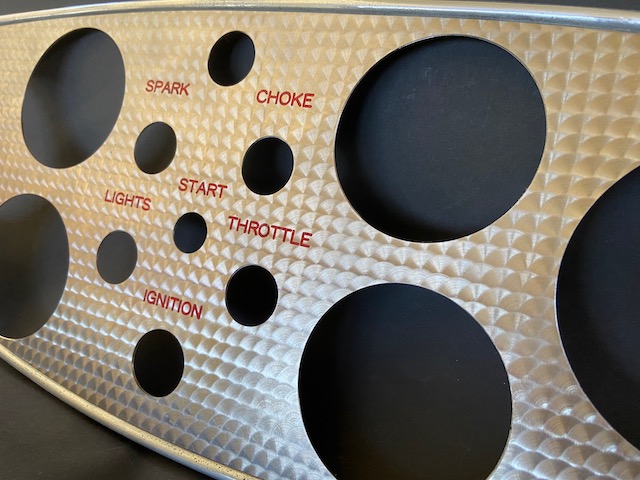 We couldn’t be happier with the end result and look forward to Dylan creating the same finish on the two dash side panels. 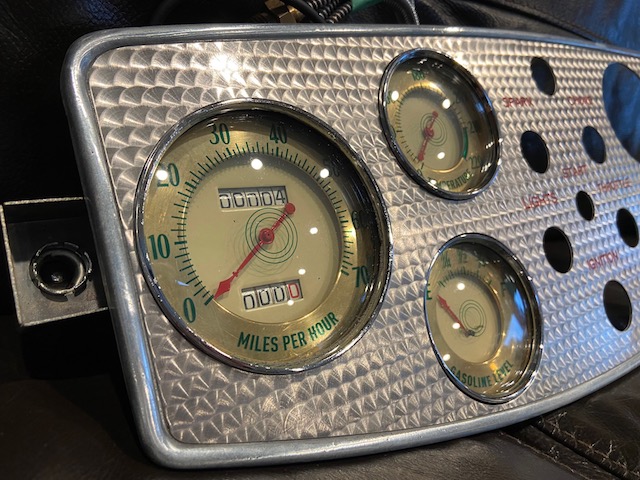 The restored gauges and the machine turned surface compliment each other beautifully. Another reminder of just how stylish these Diamond T trucks were.

With various techniques and skills being lost over the last century, it is great to know that the knowledge and specialised skills involved with automotive restorations are being passed on to the next generation. Our thanks and appreciation to Dylan for his meticulous workmanship……the completed dash is going to be just stunning.

As Steve began working on the water pump, he found it extremely difficult to dismantle. After breaking two lugs and failing to get the pump apart, Steve called upon the expertise of Alan Sharp in Hamilton. Alan works in the engineering industry and shares a keen interest in vintage and classic cars. 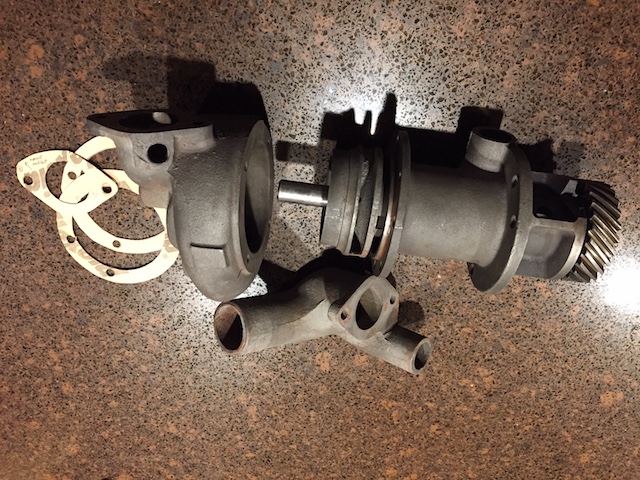 Alan successfully disassembled the water pump, welded the broken lugs and machined the shaft. To complete the reconditioning, he adapted a more updated water pump seal. 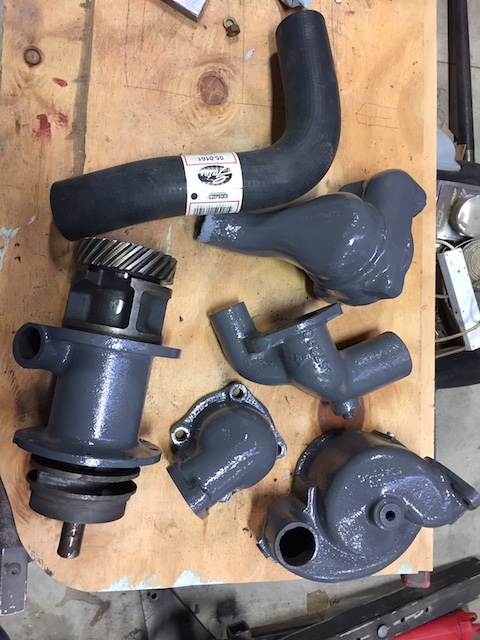 Steve painted all the components and reassembled the water pump. 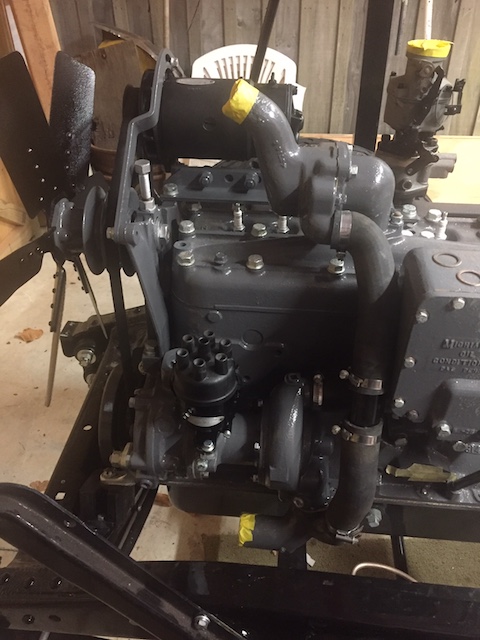 The water pump refitted to the engine.

This is not the first time Alan has helped with the project so our thanks to him again for his continued involvement in the tanker restoration. 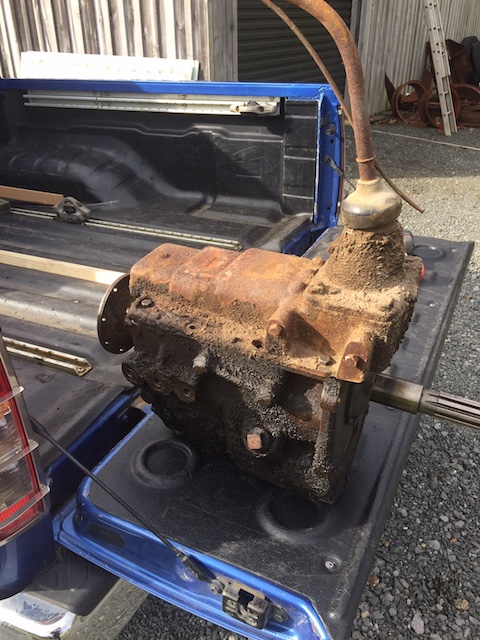 Adrian Curley has been in the transmission industry for many years so he was the first person Steve thought of to recondition the gearbox. 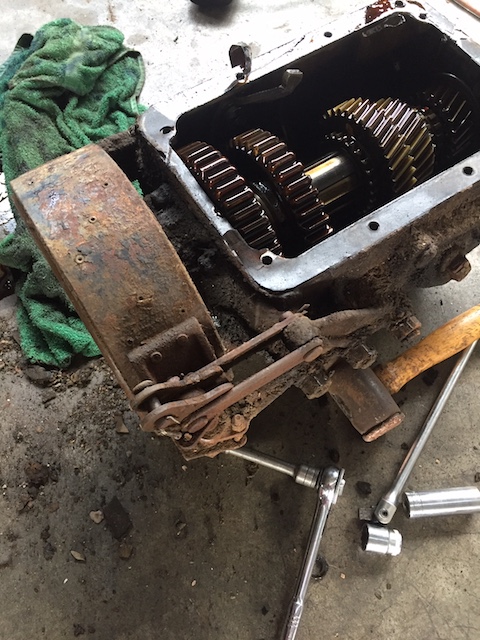 A first glance inside the housing.

Adrian rebuilt the transmission using new bearings and gaskets. He also built up the clutch fork to bring it back up to factory specs. 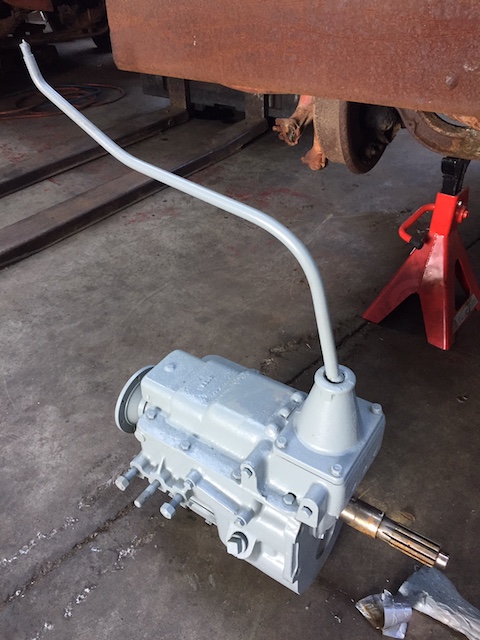 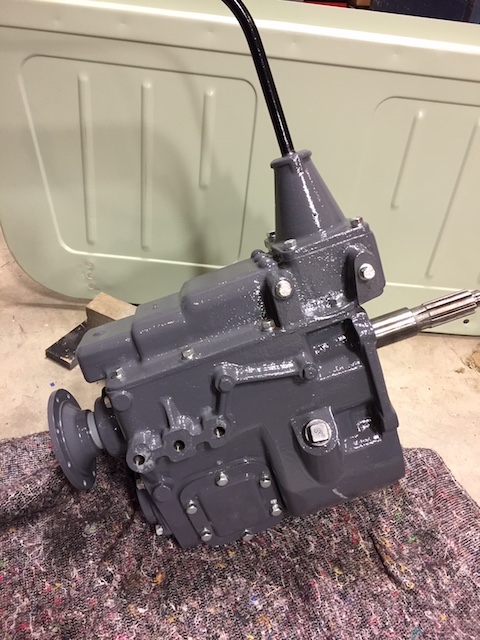 He then painted it in readiness for mounting it back in the truck.

Our thanks to Adrian for getting on to the transmission so promptly. We hope he enjoyed working on such an old gearbox!

Steve took the Diamond T gas tank to APTS Sheetmetal Engineering Specialists in Pakuranga for them to check and recondition the tank. To gain access, they cut an inspection hole and discovered the baffles had broken away inside.

The baffles were reattached, the tank cleaned up inside and the access hole welded up. The tank was then pressure tested as a final check. 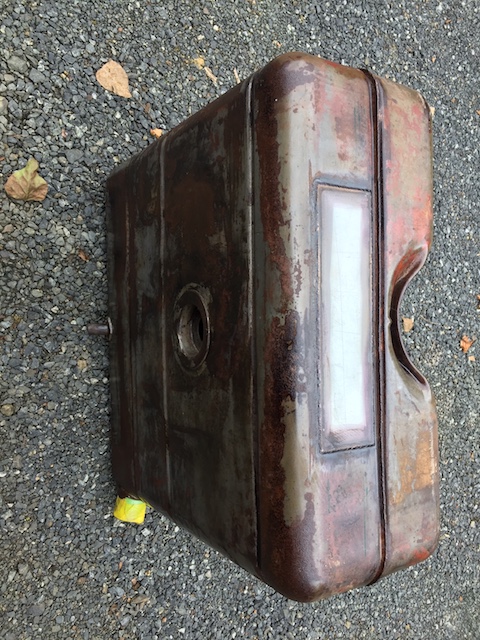 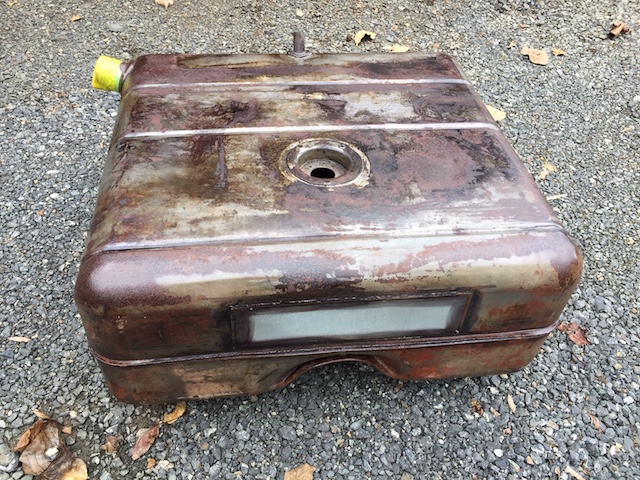 The welded patch shows where APTS cut the access hole. 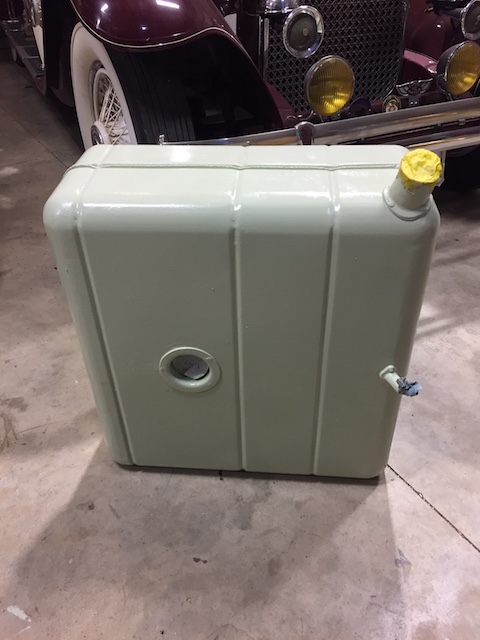 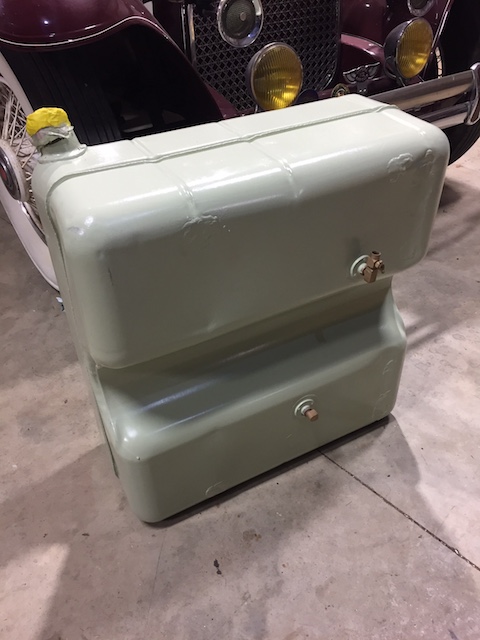 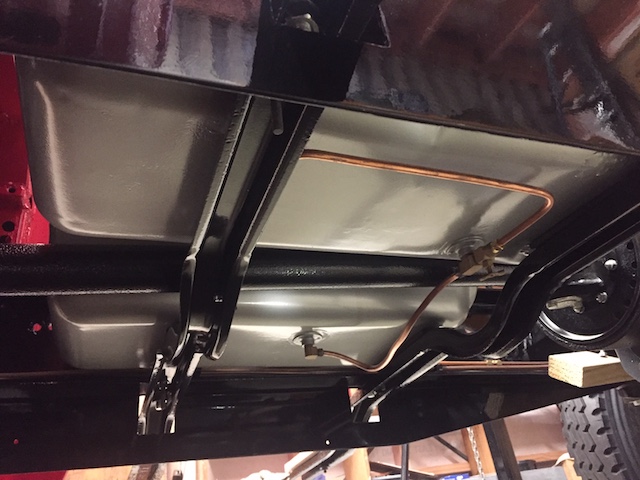 He gave the gas tank a quick sand back with 300 grit paper and top coated it with silver gloss enamel. It is now back in position in the truck.

Photos of the finished ‘Tour With Texaco’ enamel trunk letters were included in Update #32. After publishing that update, we received some more manufacturing photos from Neville, Grant and Michelle at Procote Industries Ltd in Dunedin. 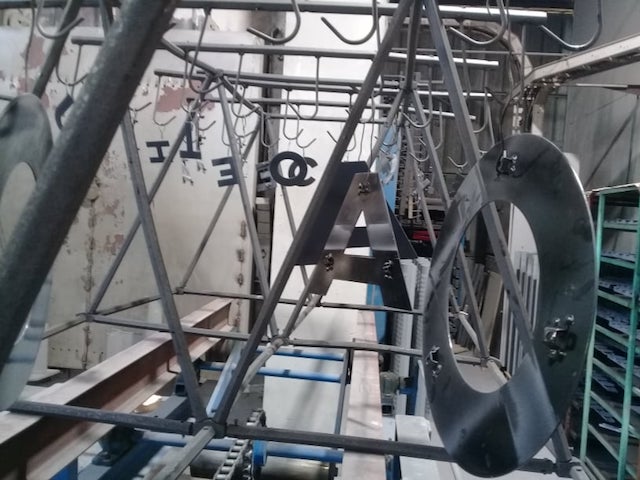 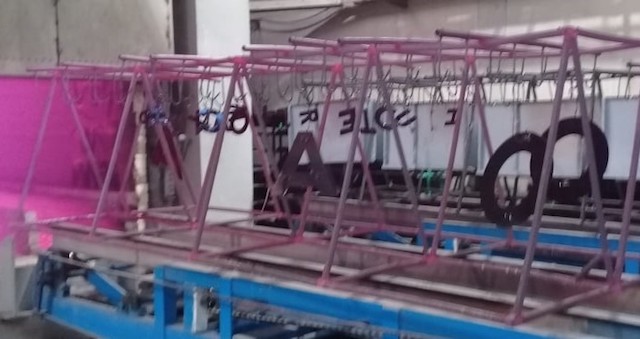 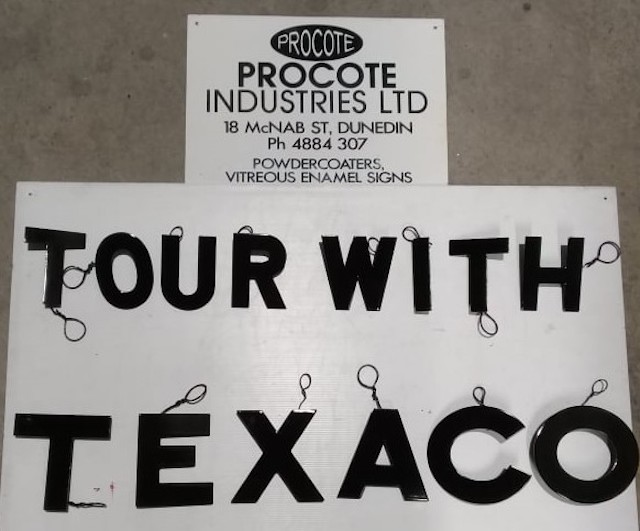 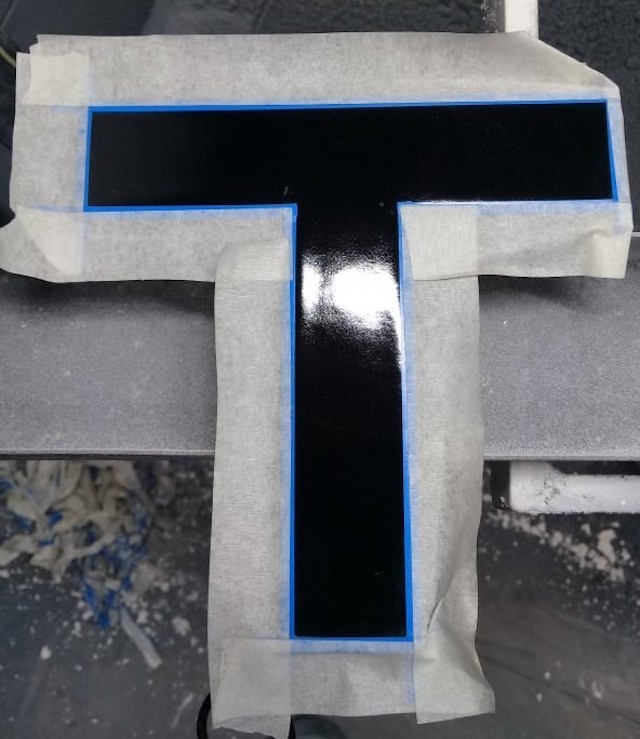 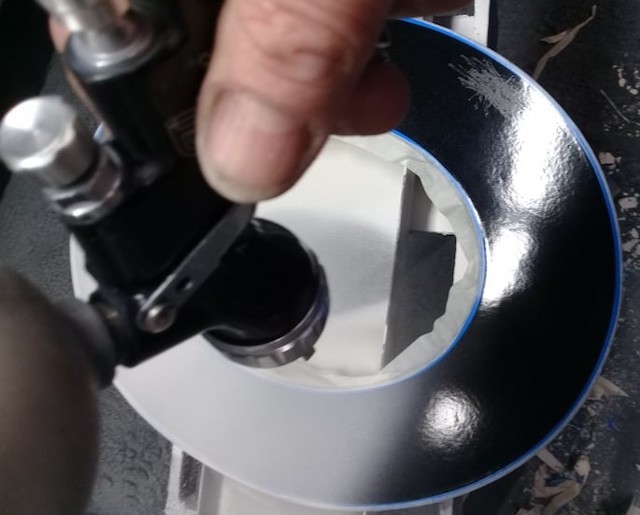 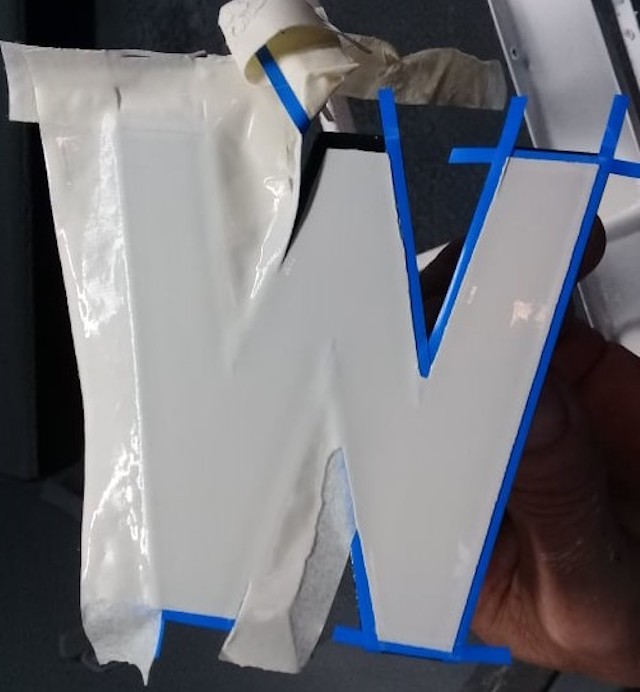 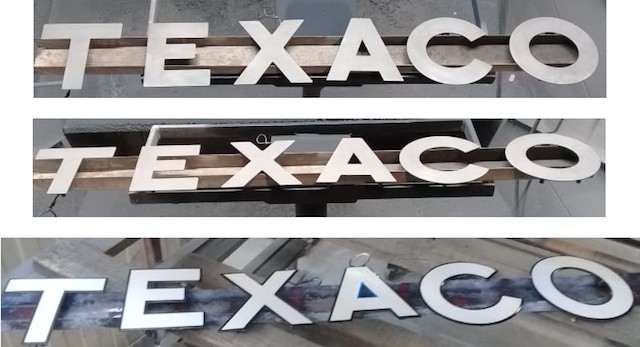 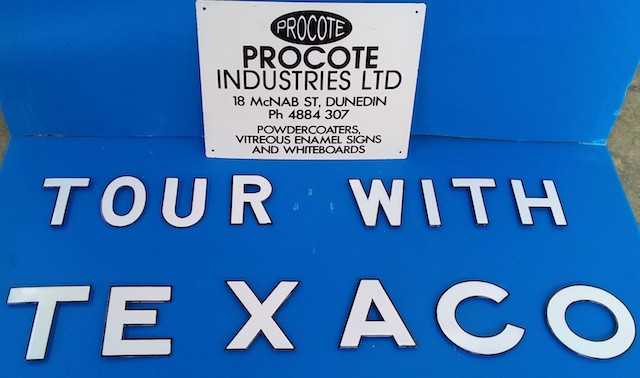 The different steps of the enamelling process were explained in detail in Update # 18 when Procote enamelled the large ‘TEXACO’ letters back in 2019. 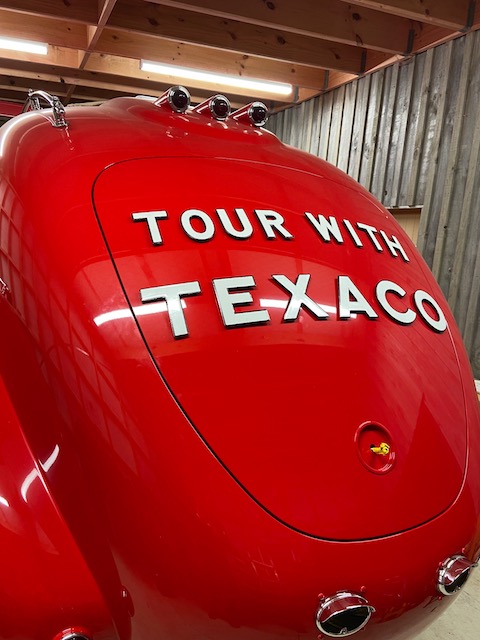 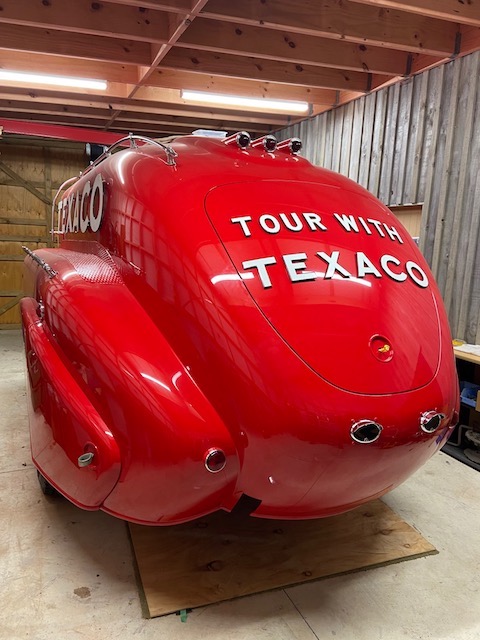 Steve has now fitted the iconic ‘Tour With Texaco’ lettering to the freshly painted trunk and they look fabulous! Our thanks again to Grant and the team at Procote.

After reading the recent post about the history of Texaco in the 1930s, Wayne from the Classics Museum in Hamilton kindly shared a very special photograph with us.

Shot during that era, the photo was taken in front of the premises of Morse’s Garage in Tirau in the North Island.

This great old photo has it all. The bold Power Chief logo displayed above the forecourt, the fabulous Texaco gas pumps, the wonderful old cars and the folk from that decade posing for the shot. A great little piece of NZ Texaco and motoring history that I also wanted to share. Thanks Wayne!

The conduit and tank wiring – Update # 37