The decision on which of the panels to start restoring first was a no-brainer. Inside the truck, looking neglected, was the driver’s door which had fallen off the cab years ago.

The hinges had rusted away and we are just thankful that it was kept with the tanker over the years and not put in a barn for safe keeping.

We could see the door glass down inside the frame but after removing the inner panel, Steve discovered the window was badly broken. The glass has been put to one side and will be used as a template later. Once completely dismantled, the door was delivered to Atomic Stripping Ltd in Onehunga to be dip stripped and cleaned up. 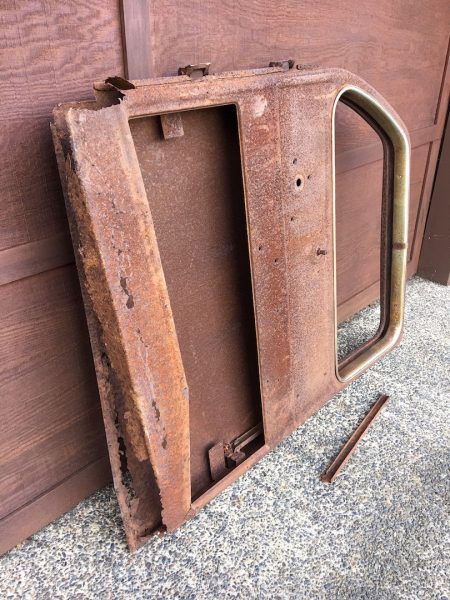 This is not the driver’s door, but is in fact the passenger door. The driver’s door in question was whisked away without my knowledge and was therefore missed from being photographed prior to the stripping. I have included this shot as the original condition of both doors was very similar.  I am struggling to keep up with Steve as parts are being removed, dismantled, hidden, sent off, cleaned up and returned at a very fast pace – for those of you who know Steve personally, you will understand the dilemma that I am facing! It makes for a very interesting conversation between us when I am asked why something hasn’t been photographed!! Deep breath… 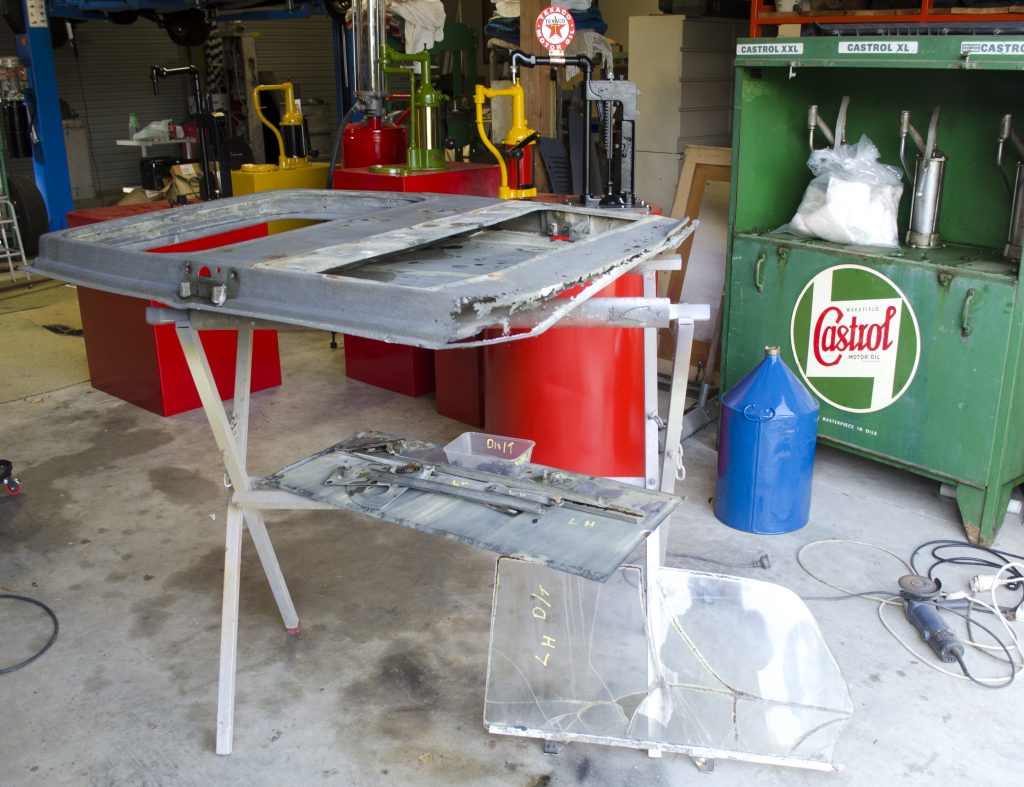 The door after being dip stripped. It was then delivered to Simon Tippins at Creative Metal Works Ltd in Pukekohe for the fabrication work that was needed. This would include reinstating the door frame and skin. 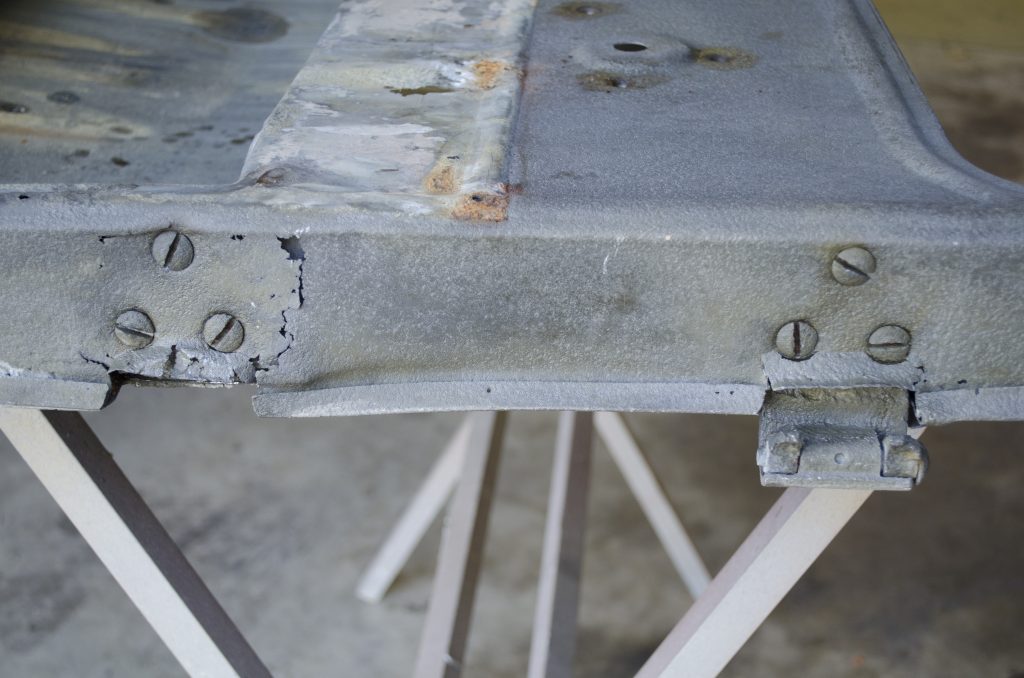 The hinges have all but disintegrated and there is nothing left to work with on the corresponding side of them on the A Pillar. There is an update on the hinges at the end of this post. 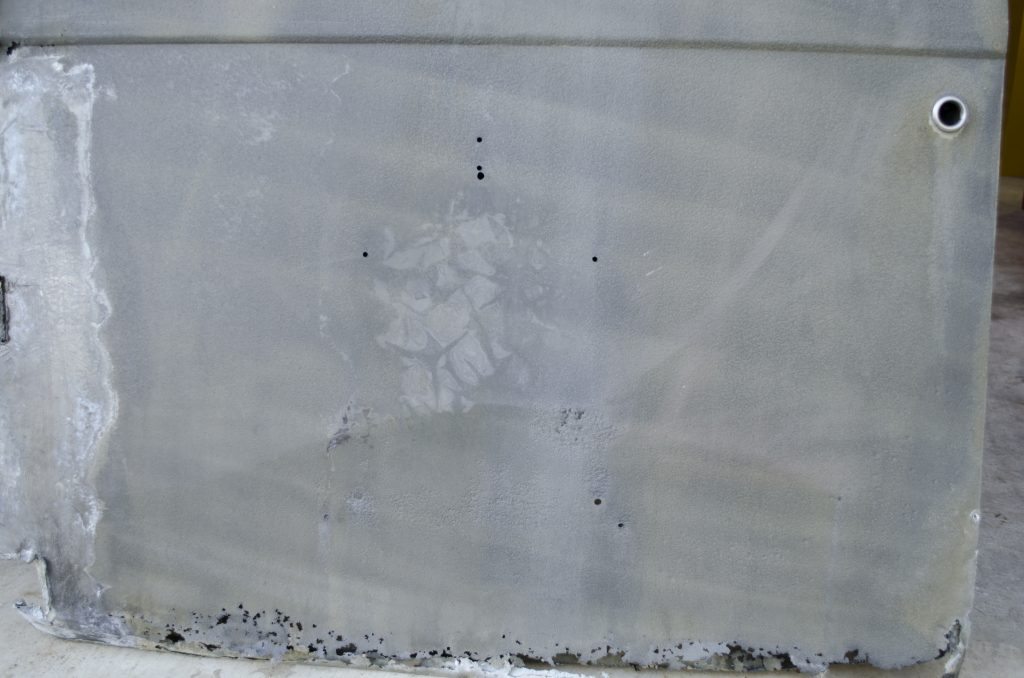 The holes in the centre of the door are where the Texaco sign was originally attached. It could be quite some time before there is a new sign sitting proudly on the door again! 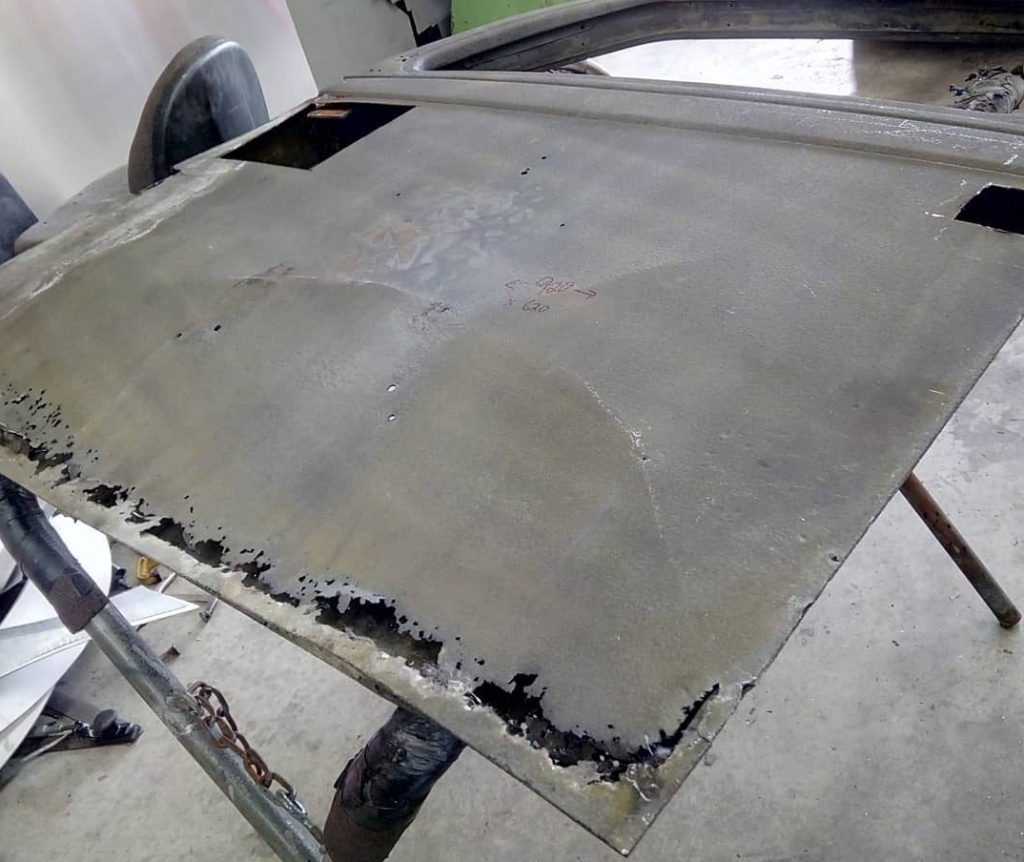 A clear view of the rusting along the bottom edge while the door frame and skin were still attached. Steve had cut a square out of the door skin to get access to, and remove, the badly rusted and seized hinge bolts. 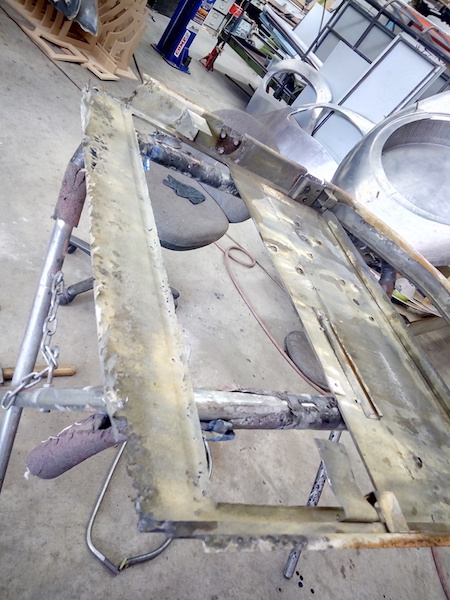 A work in progress shot of the frame after Simon had detached the door skin. 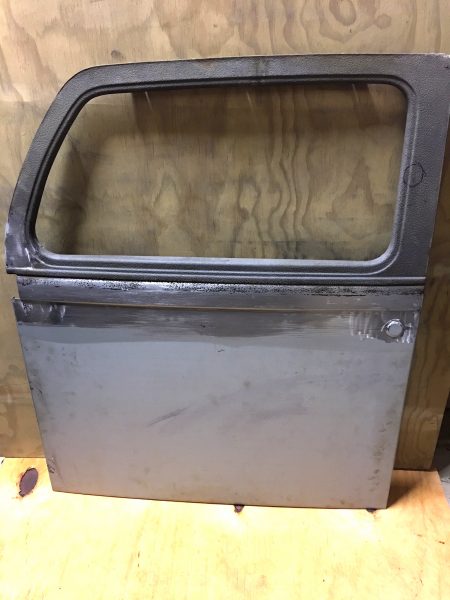 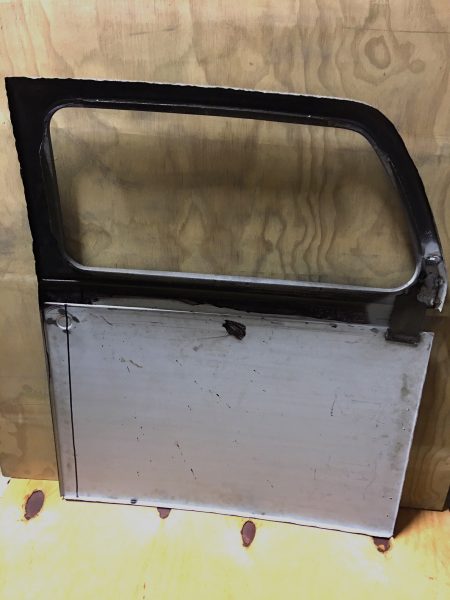 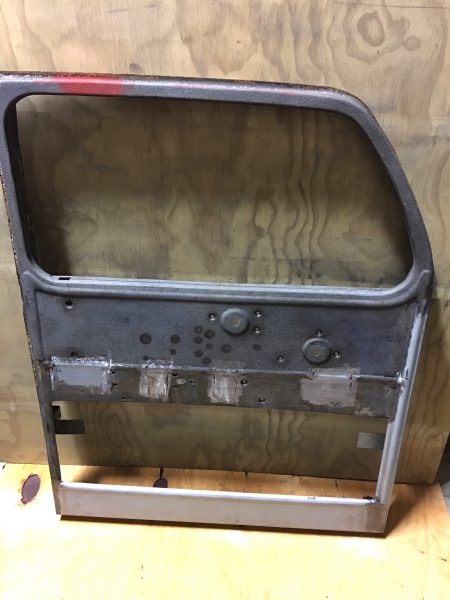 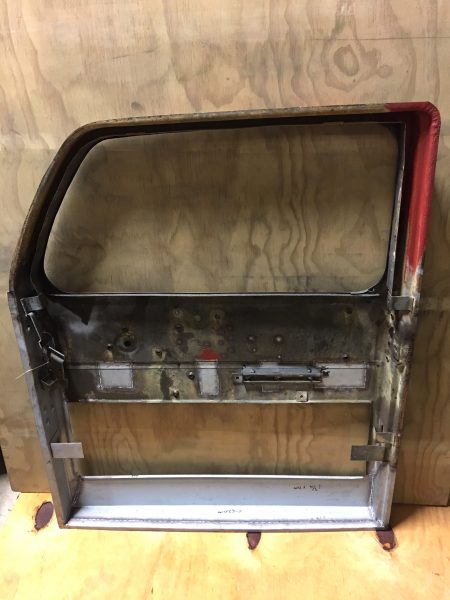 The rebuilt frame and skin which will be reattached once the door is fitted to the cab. A huge thank you to Simon for getting the panel work underway.

The other loose panels sitting around were also delivered to Atomic Stripping to be cleaned up – two locker doors, a rear outer guard and the rear locker door that covers the fuel dispensing system. 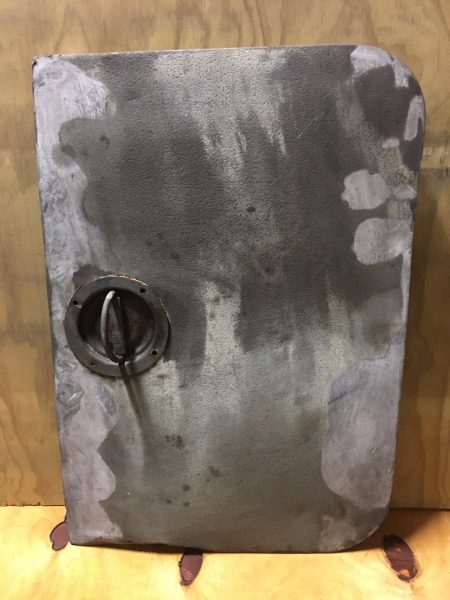 The forward locker door from the right hand side of the tanker, now stripped.

As opposed to the body panel fillers used today, there was an extensive use of lead by coach builders of that era. 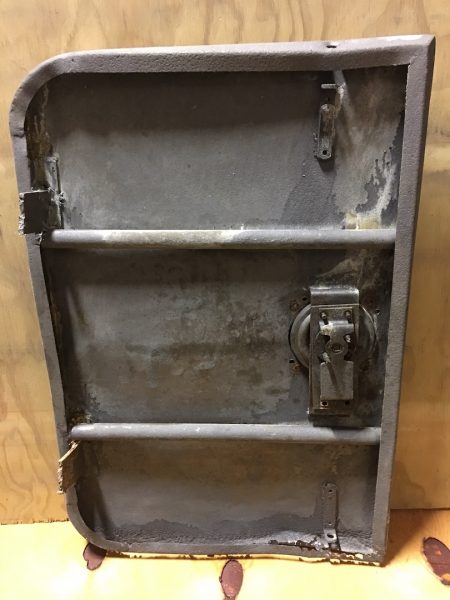 A good view of the internal locking mechanism on these locker doors. Unfortunately, some of the other locks have rusted away.

The outer frame shows how out of shape a lot of the panels are.

An update on the hinges:

I was given the task of searching for hinges from other vehicles around that era that may have been compatible with the Diamond T. The only other option was going to be getting some cast but we just didn’t have any complete hinges left to work with.

I started researching, and before long was stunned to find some new old stock, Diamond T closed cab hinges. These were not in the United States, but in the Netherlands!

A huge thank you to Stefan Leegwater at LwDParts for the excellent service. The hinges arrived yesterday, just seven days after we placed our order. Stefan has parts listed for sale for collectors who are restoring various military vehicles. During World War II, Diamond T produced a number of trucks and was one of the US corporations that held military contracts. 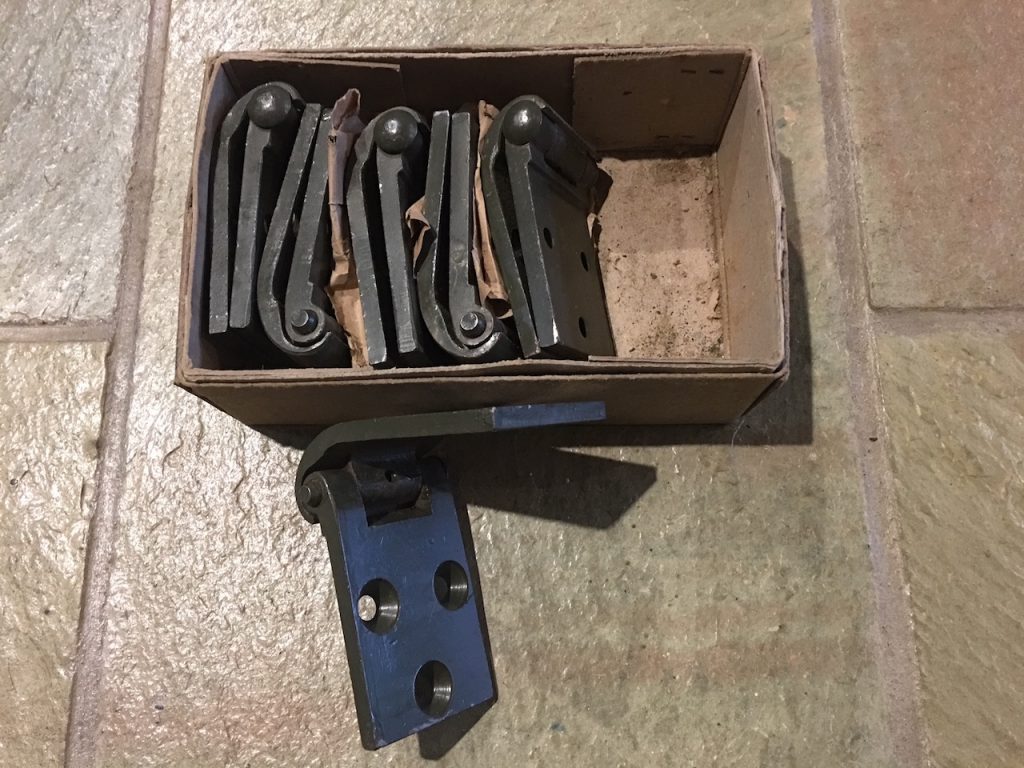