The eye-catching focal point at the back of these streamlined tankers is the sleek curvature and that famous advertising slogan “TOUR WITH TEXACO”.

At the moment, the back of the Diamond T certainly doesn’t resemble this B & W photo of the Texaco streamlined body. 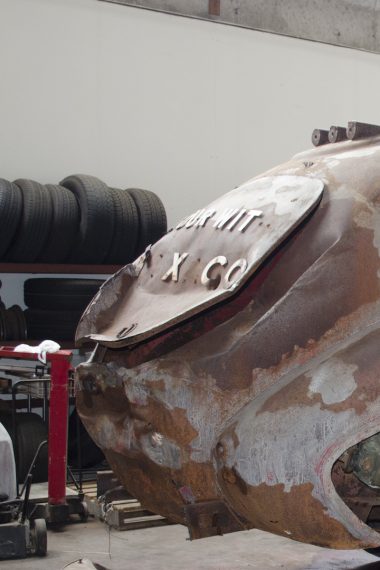 Although the steel in this tanker is heavy gauge, the body and lid both caved in with what must have been a very hard hit to the back. We were going to require a good starting point to restore the contour when repairs begin on the rear of the Heil tanker body.

So, the badly damaged trunk lid was definitely in need of a talented fabricator to repair it and reinstate the original curvature and shape. 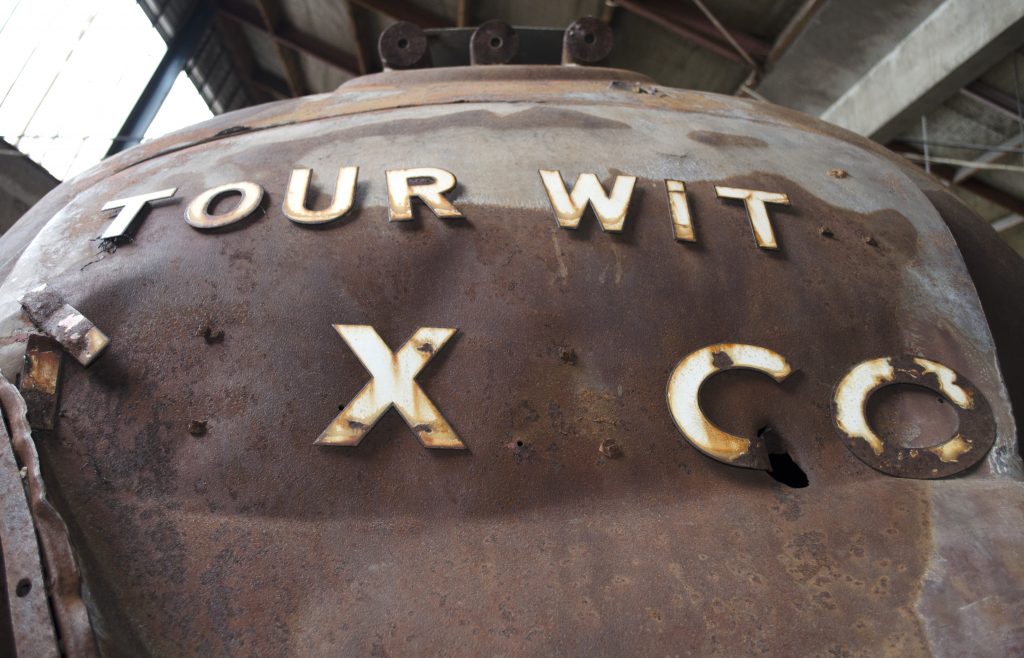 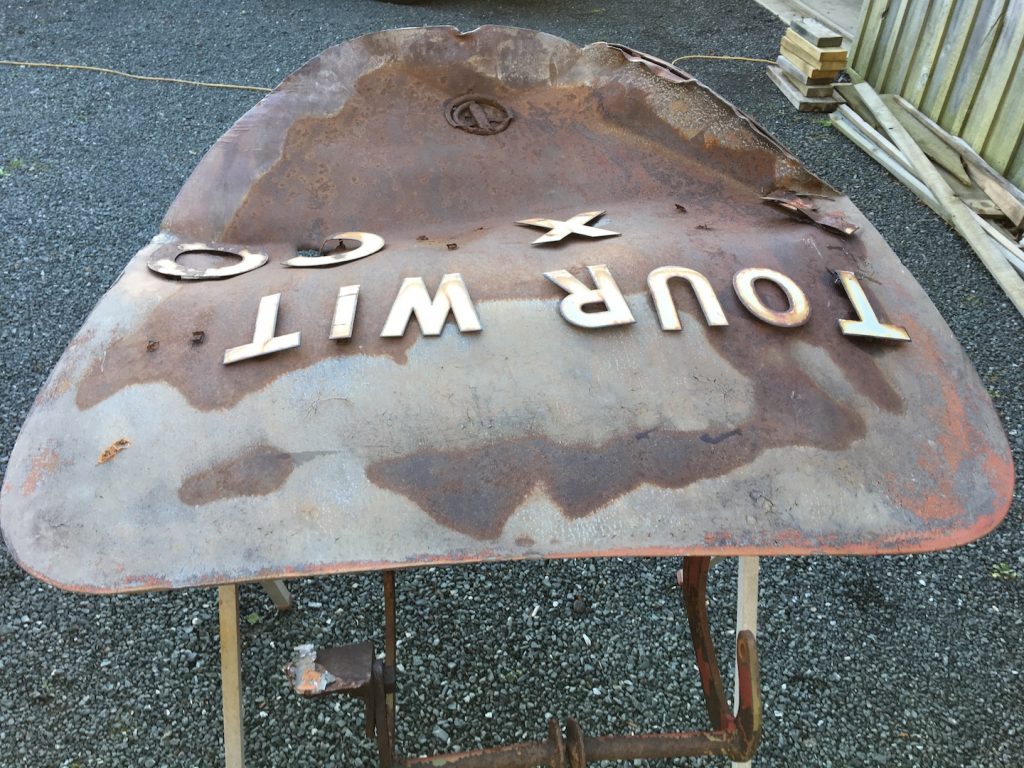 The “TOUR WITH TEXACO” enamel lettering is mounted on the trunk lid by way of raised brackets . 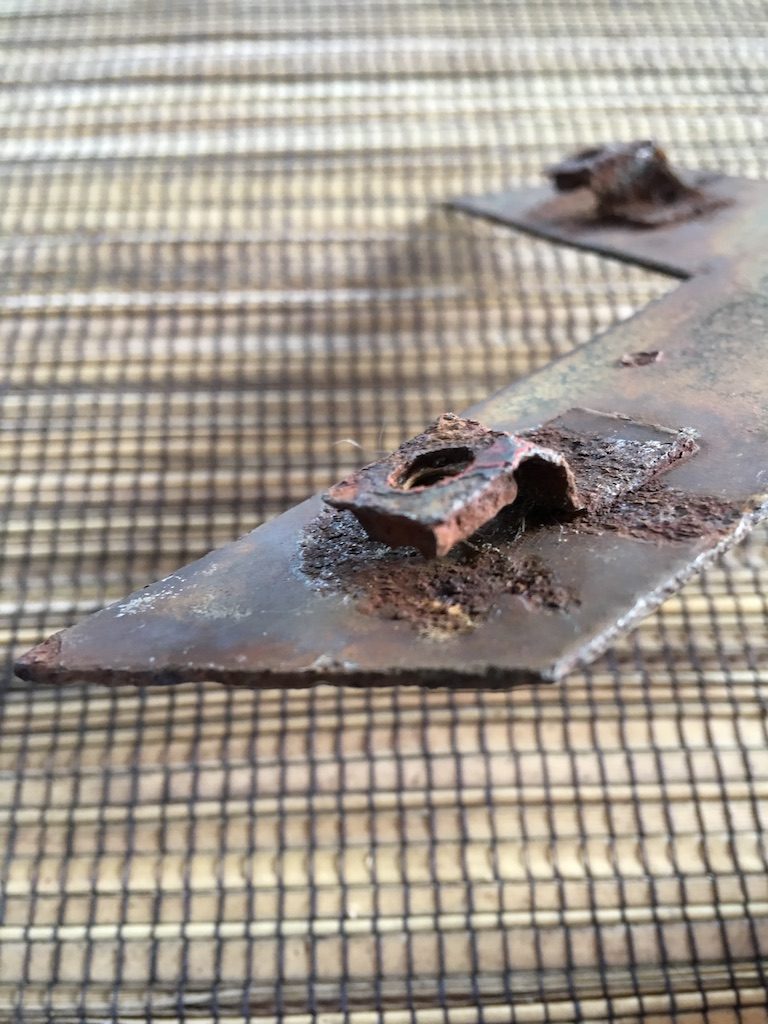 These brackets lift the letters approximately 7mm ( 1/4″)  off the body work and produce the effective shadow lines that are cast off the slogan.

The letters were carefully removed and the trunk lid was sent to Atomic Stripping to be cleaned up. Steve then delivered it to Simon Tippins at Creative Metalworks for the challenging repair. 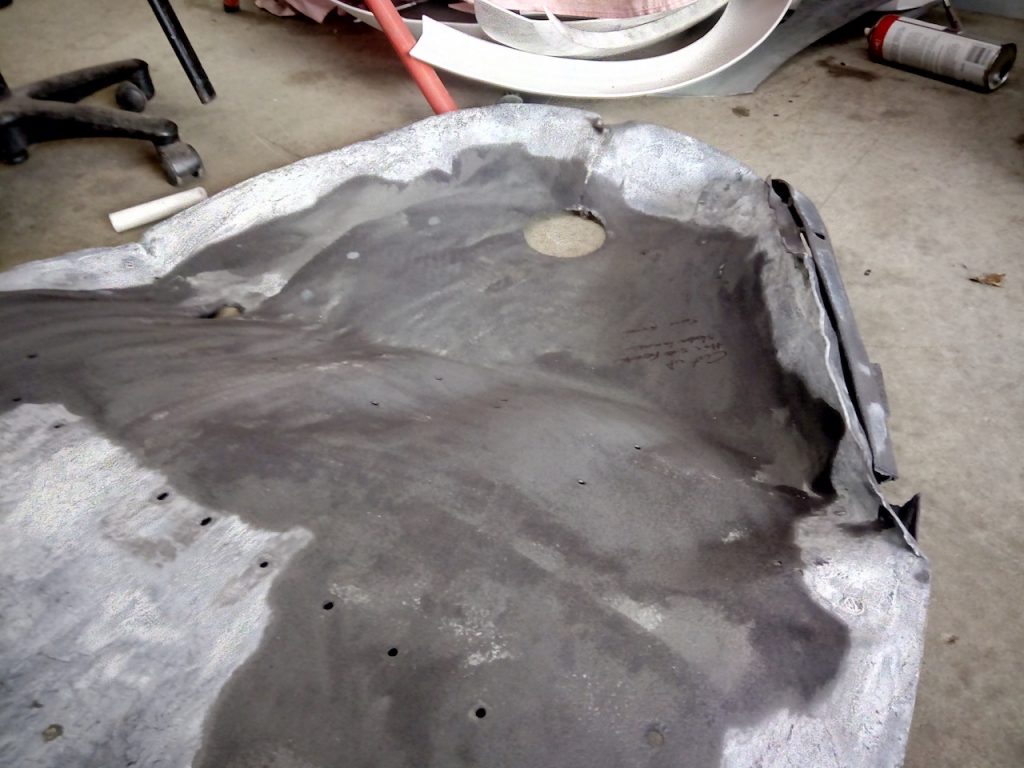 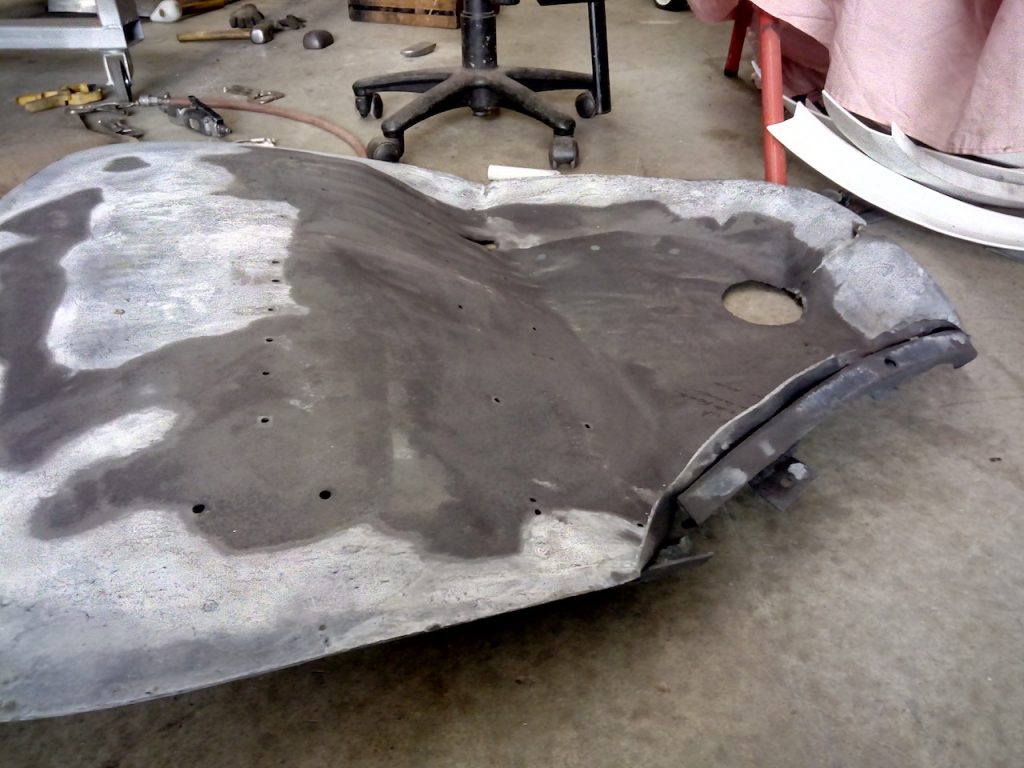 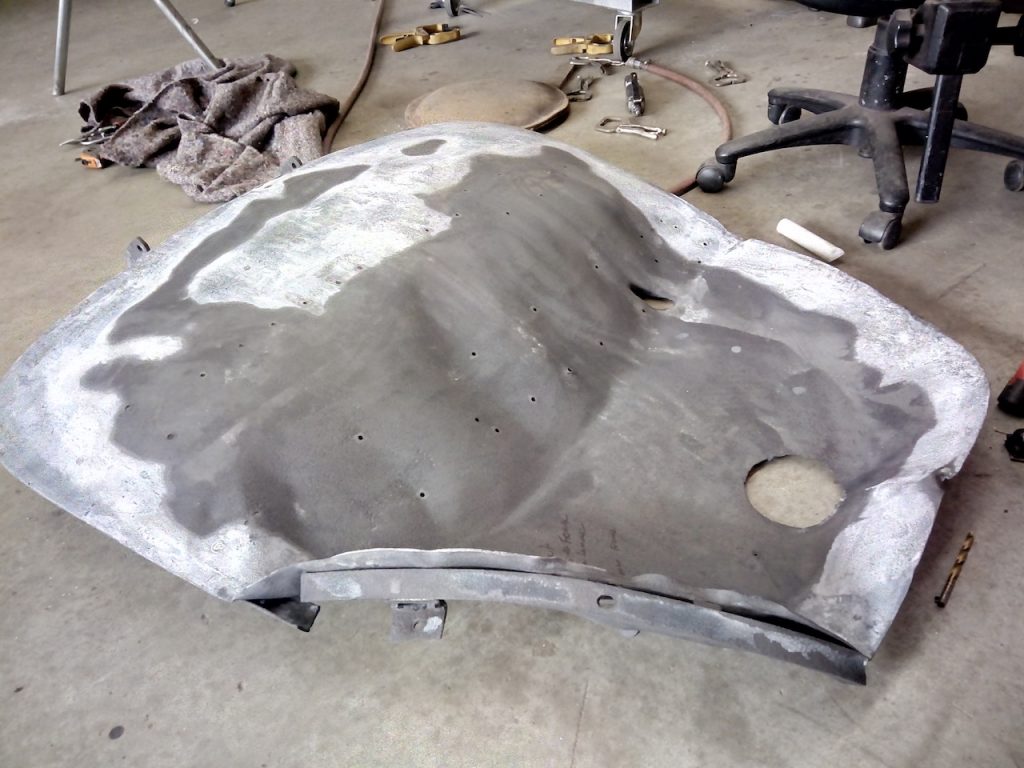 As well as regaining the contour of the trunk lid, Simon would have to repair the severed outer frame and close the hole that had been punched straight through the steel that is visible on the fold line. 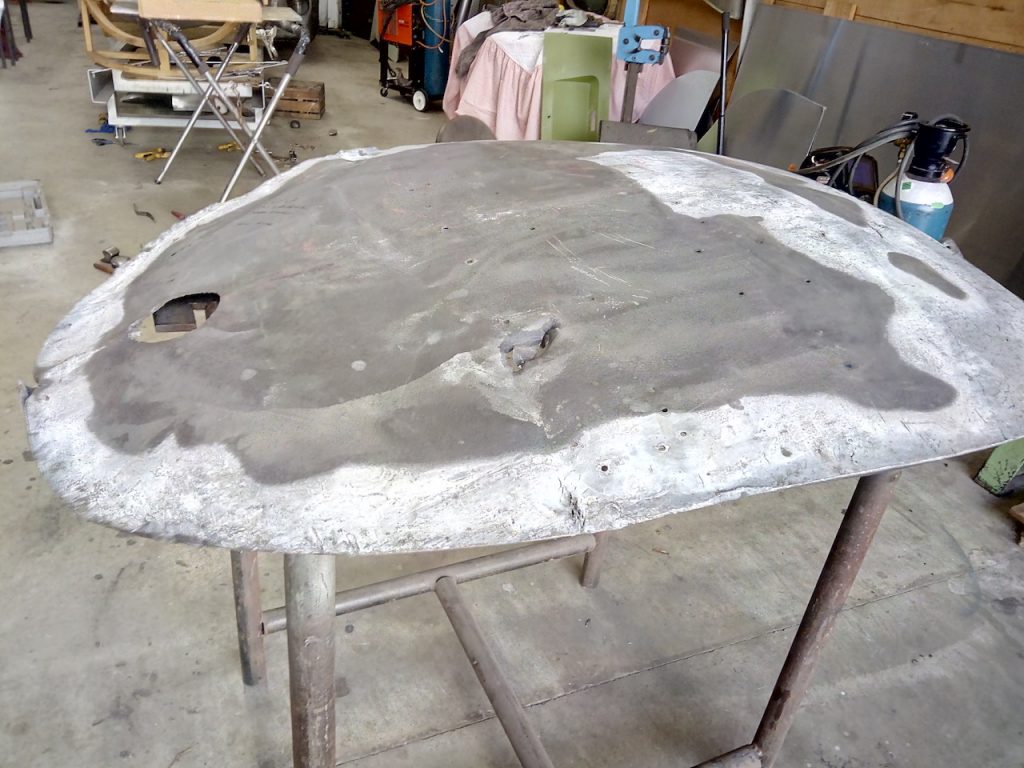 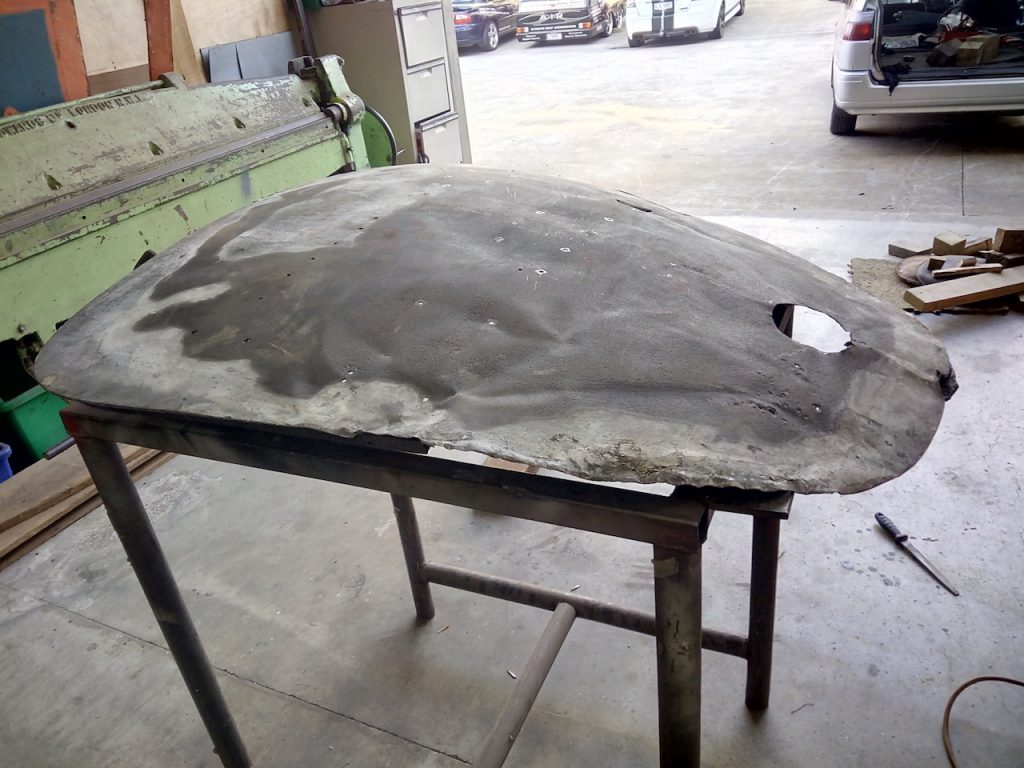 With the outer frame tack welded together, and a lot of skill on Simon’s part in the repair of the trunk skin, the shape started to re-emerge. 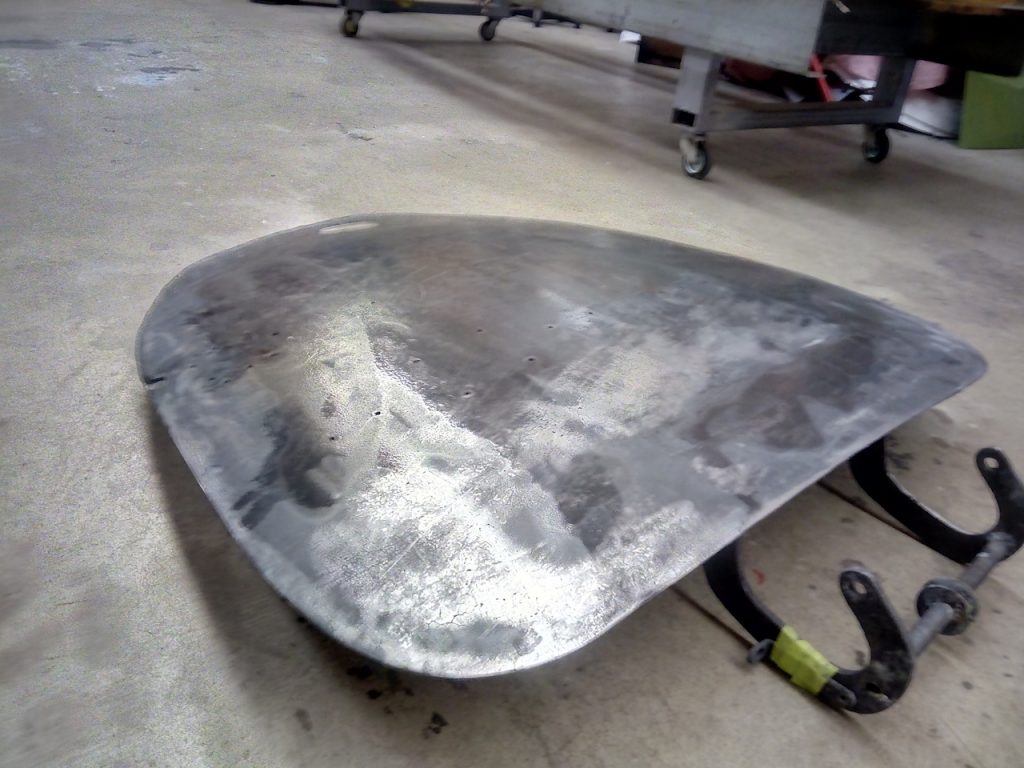 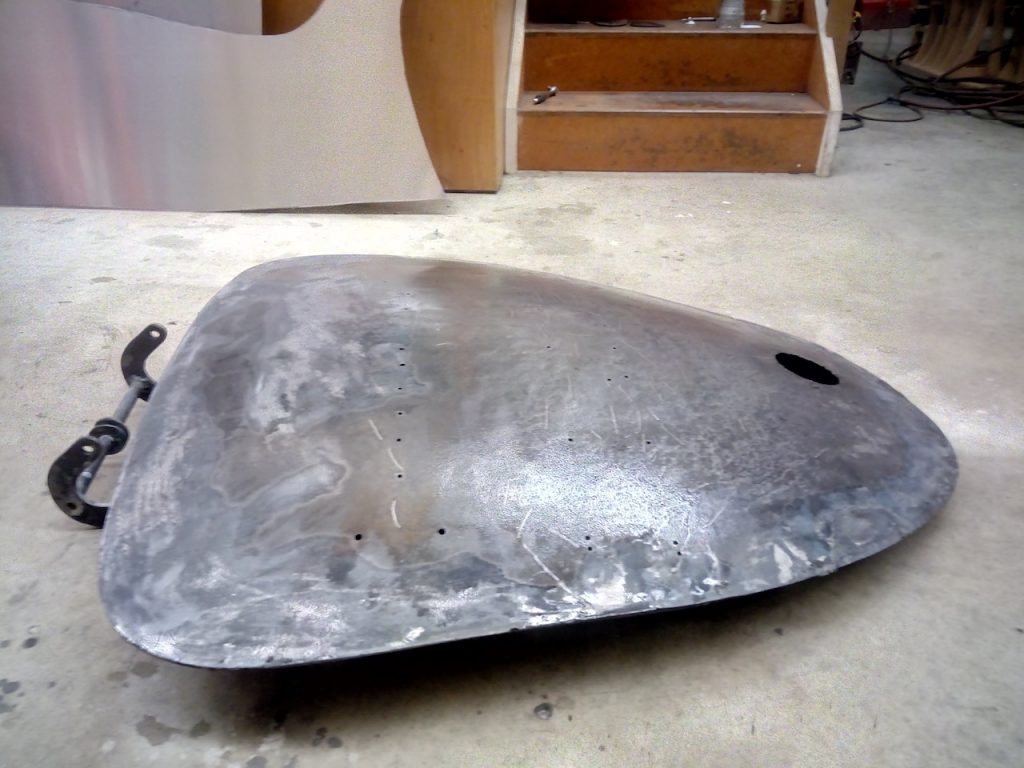 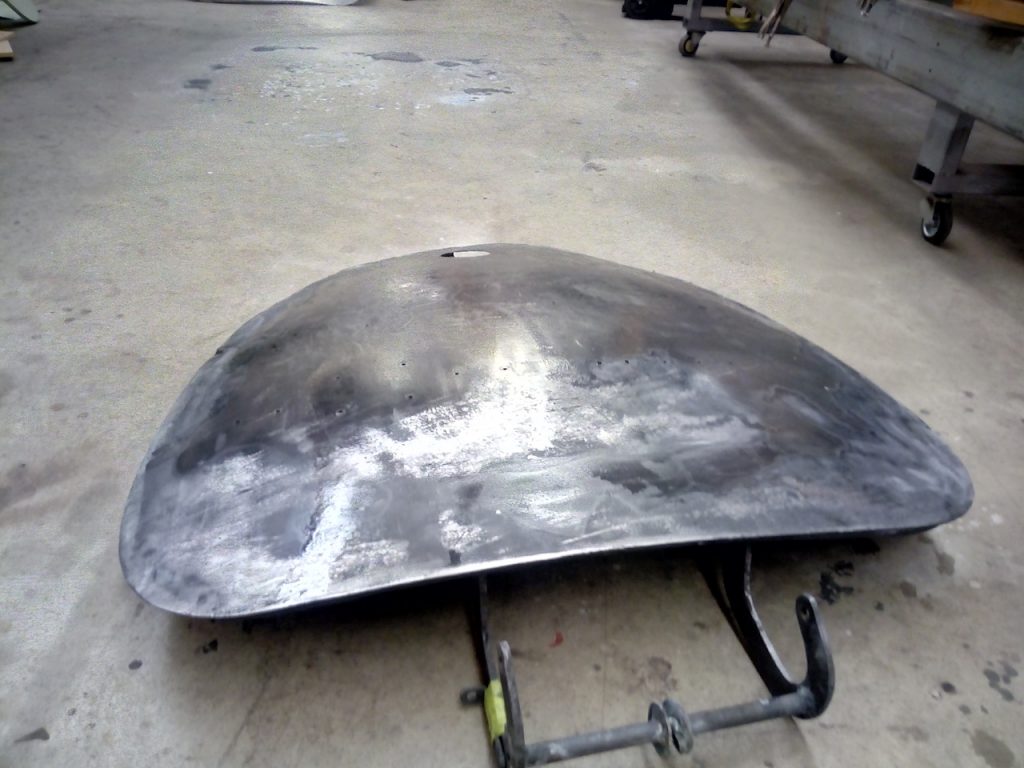 From a hopeless looking, bent and broken piece of rusty steel, we once again have the contoured trunk lid that has featured on the back of the Diamond T tanker for 80 years. Like the driver’s door, the original hole positions for the lettering have been retained.

This is as far as work on the trunk lid can go at this stage, until it can be fitted to the body and finished.

An amazing transformation thanks to the skilled craftsmanship of Simon Tippins.